The Hong Kong Stock Exchange has seen a lot of investor enthusiasm for tech companies. Shares in China Literature doubled in its exciting debut on the stock market, with the firm believed to have a huge potential. 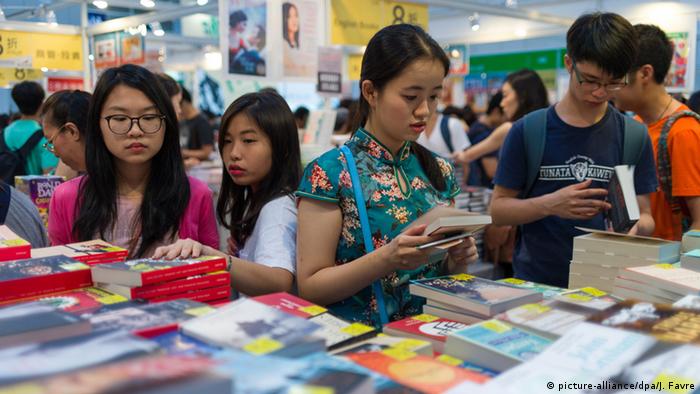 Shares in internet giant Tencent's e-book arm, China Literature, surged more than 60 percent on their debut on the Hong Kong Stock Exchange Wednesday, after raising $1.1 billion (€950 million) in its IPO.

Kingston Securities analyst Dickie Wong said investors saw a lot of potential in the firm and its prospects for growth.

Knowing the world of poetry

"I do see some of the authors can be very famous and some of their stories can become movies or soap operas and online games or cellphone games," Wong noted.

Tencent own 62 percent of the company, formerly known as China Reading, which was created through a merger between the internet giant's online literature arm and another Chinese publisher, Shanda Cloudary.

China Literature is the fifth-largest IPO in Hong Kong this year as the Asian financial hub increasingly becomes a destination for tech companies.

"I do think that in the future there will be more and more internet-related companies listed in Hong Kong, because they can see that China Literature did quite well," Wong concluded.