Leaders, environmental experts and activists called for decisive action to stop global warming, which threatens the future of the planet at the start of the two-week COP26 summit in Glasgow. 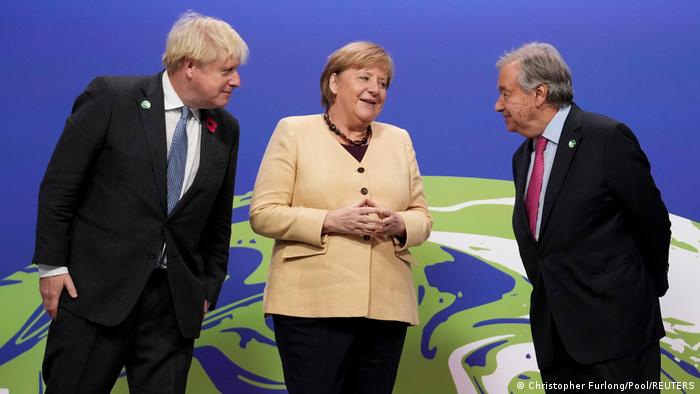 "We've taken a number of decisions of the year 2015 [the year of the Paris agreement] as a guiding line," Merkel told the climate conference in her opening remarks. "As we've been hearing more than once, we are not yet where we need to be," she added.

"We must and we can implement the Paris agreement," Merkel said.

"The world community hopes that we present ourselves in a better shape at the end of this conference than we found ourselves in the beginning," Merkel added.

Animals dying on a suffering planet

Environmental experts and activists said it's up to world leaders to make ambitious pledges to cut greenhouse gas emissions and to keep those promises.

"The animals are disappearing, the rivers are dying and our plants don't flower like they did before. The Earth is speaking. She tells us that we have no more time," Txai Surui, a 24-year-old indigenous youth leader from the Amazon rain forest, told the opening ceremony in Glasgow.

COP26 aims to keep alive a target set by the Paris accord to keep global warming at 1.5 degrees C (2.7 degrees F) above pre-industrial levels. UN experts, however, said current national plans will not make it possible to meet that goal and emissions need to be reduced more to avoid "catastrophic" effects of climate change.

Teenage activist Greta Thunberg appealed to her millions of supporters to sign an open letter accusing leaders of betrayal.

"This is not a drill. It's code red for the Earth," it read. "Millions will suffer as our planet is devastated — a terrifying future that will be created, or avoided, by the decisions you make. You have the power to decide." 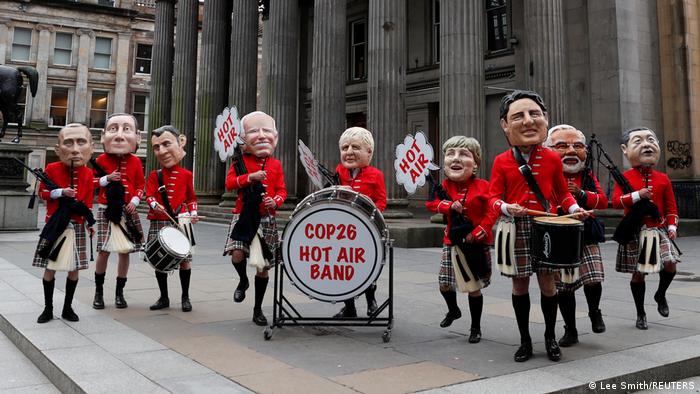 Calls to put a price on emissions

Germany's Merkel urged other countries to put a price on carbon emissions, which are the main cause of global warming, and said the world needs a "comprehensive transformation" of the way people live and work if it wants to curb climate change.

She added that she wanted to make a "clear plea for pricing of carbon emissions" to help promote the most efficient ways of reaching "net zero," a goal many countries are hoping to meet by 2050.

US apologizes for Paris pact withdrawal

US President Joe Biden also apologized for Trump pulling the US from the Paris agreement in November 2020. "I shouldn't apologize," Biden said. "But I do apologize for the fact that the United States, the last administration, pulled out of the Paris Accords and put us sort of behind the eight ball a little bit."

"The US is not only back at the table but also leading by the power of example," Biden said. "We can do this, we just have to make a choice to do it."

The summit was also attended by leaders including UN Secretary-General Antonio Guterres, UK Prime Minister Boris Johnson and Indian Prime Minister Narendra Modi, who announced that India aims to reach net-zero by 2070, two decades later than the US and 10 years after China.

There were, however, notable absences on Monday. Neither Chinese President Xi Jinping, who has not left his country during the COVID-19 pandemic, nor Russian President Vladimir Putin will be present at any stage in Glasgow.

Turkish President Recep Tayyip Erdogan also decided not to travel to Glasgow, without citing a reason for the change of plan. The conference runs until November 12.

Biden urges leaders to be more ambitious to curb emissions