Fossil fuels will be with us for decades, no matter what pledges are made at the UN climate summit in Glasgow. With banks and pension funds cutting investment, who will control oil, gas and coal supply in the future? 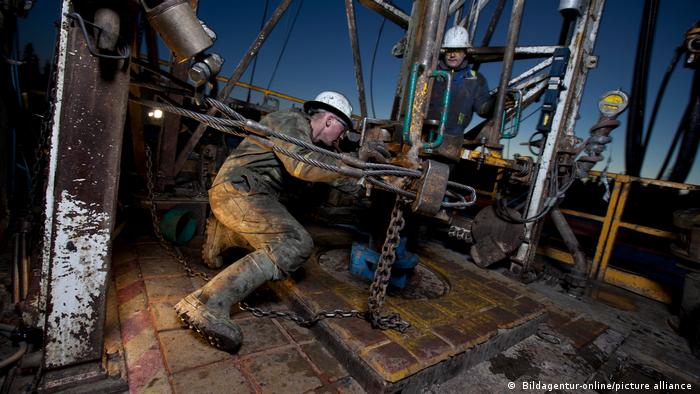 As banks and pension funds pull out of fossil fuel investments, will the sector fall into the hands of less responsible investors?

One of the world's largest pension funds has announced plans to dump some €15 billion ($17.5 billion) in fossil fuel holdings. The decision by ABP of the Netherlands comes ahead of the upcoming COP26 climate talks in Glasgow, Scotland, and is part of a strategy to invest in projects that are better for the planet.

The pension giant is the latest financial institution to pledge to divest from fossil fuels. Over the past decade, about 1,500 institutional investors overseeing a combined $39.2 trillion of assets have already committed to similar promises, according to a recent report by the environmental group Stand Earth.

Although fossil fuel divestment is widely seen as boosting the chances of hitting the 1.5 degree Celsius temperature limit in the 2015 Paris climate accord, the energy sector insists demand for oil, gas and coal is still set to increase in the medium term. OPEC, for example, only sees a plateau in oil demand in 2035, while gas demand is expected to peak in 2040, according to the International Energy Agency.

Some energy pundits have warned for years as traditional investors pull out, private equity firms will gain a larger share of the energy market. The New York Times this week revealed that private equity has already put at least $1.1 trillion into the energy sector since 2010, citing data from Pitchbook, a company that tracks investments by venture capital firms and the Private Equity Stakeholder Project. The figure is double the combined market value of Exxon Mobil, Chevron and Royal Dutch Shell, the world's largest energy firms. 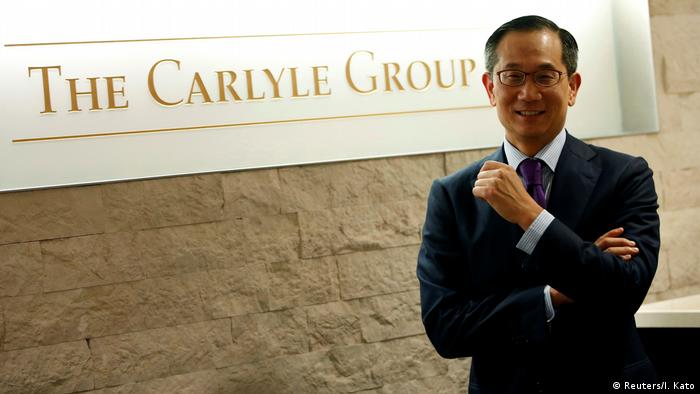 Private equity firms like The Carlyle Group, headed by Kewsong Lee, have billions in firepower collected from wealthy individuals, who may be less worried about fossil fuel profits

The data showed that just 12% of investments went into renewable energies, despite wind and solar being fast-growing parts of the energy sector. Four-fifths of the holdings of private equity firms are in oil, gas and coal. The biggest private equity firms may say they are as committed to fighting climate change as other investors, but their actions suggest they still see huge profits in fossil fuels. The more secretive venture capitalists may even seek to circumvent the climate goals.

"You may get more private equity firms that don't disclose what they're doing," Raoul Le Blanc, vice president Unconventional Oil and Gas at IHS Market, told DW. "They may look to operate in ways that are not as environmentally sound as those companies that have more of a public reputation."

Le Blanc thinks the divestment by banks and pension funds could backfire, given the sustained demand for fossil fuels in the near term. "Restricting capital may help reduce emissions, but they're also squeezing supply. And if the world still needs fossil fuels, all that it does is drive up the price."

Indeed, the global energy crunch — which has seen the price of natural gas and coal reach record levels, and caused oil prices to surpass $85 a barrel — is perhaps a warning against further fossil fuel divestment.

"Other investors or other sources of finance will simply step in and buy out the shares that have been divested and you then lose those more enlightened or progressive voices from within shareholder meetings," said Michael Hulme, a professor of Human Geography at the University of Cambridge, who had previously spoken out against fossil fuel divestment.

Divestment could also see nations that currently drill and mine for fossil fuels step in to seize a larger share of the market that they already control.

"If you think about Big Oil companies, their production is significant, but in no way do they dominate the landscape," said Le Blanc. "Most volumes of oil around the world are controlled by countries — Saudi Arabia, Iraq, Iran, Russia and China. These governments have ownership of the actual resource, and maybe bring in private companies to develop it and produce it."

Hulme said if private firms continue to "find themselves squeezed of equity," Saudi Arabia's "oil industry would be ensured of a stronger future." The Riyadh government has pledged to go net-zero (carbon emissions) by 2060 but without dismantling its oil industry.

Instead, it has launched a fund to invest in carbon capture technology.

Amin Nasser, the head of the world's largest oil firm, Saudi Aramco, said this week the world should stop "demonizing" the hydrocarbon industry and called for a holistic energy policy that focuses on "reliability, affordability, and energy security," which would prevent "a global economic crisis due to lack of supplies."

Nasser told Britain's Sky News that while oil and gas would remain part of the energy mix, "that doesn't mean they will be the same. They will be cleaner, technologies that will help to reduce emissions significantly."

The huge gulf between the proposed climate targets and the current trajectory for fossil fuels looks unlikely to be bridged, despite the expected promises by world leaders at COP 26 to step up investments in cleaner energies.

"It's difficult to imagine a scenario in which enough money is invested quickly and profitably enough, where technology is developed and consumers embrace it," Le Blanc told DW.

Hulme, who served on the UN's Intergovernmental Panel on Climate Change (IPCC) from 1995 to 2001, predicts that the displacement of oil and gas will be a "gradual" process, "not driven by some conductor of an orchestra with a magical date of 2032 or 2079."

"It will happen in a convoluted way with twists and turns along the way, with power struggles and probably conflicts. This is human history and I don't see that the 21st century is going to be any different."