Harald Range, a German former attorney general, has died at the age of 70. Reports suggest he died of a heart attack. Range was dismissed in 2015 after a row with then-Justice Minister Heiko Maas. 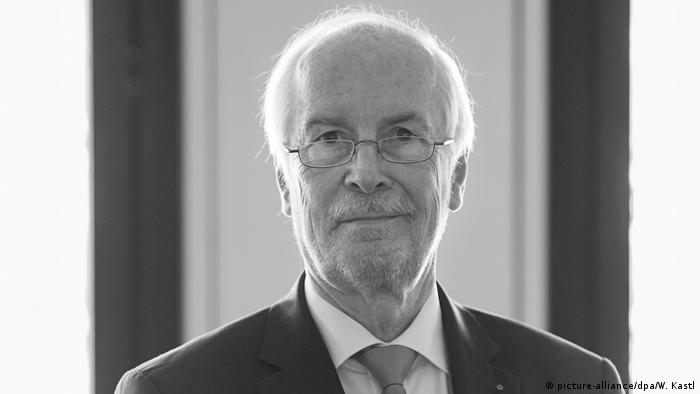 Harald Range, who was Germany's attorney general from 2011 to 2015, died in the southwestern city of Karlsruhe on Wednesday night after collapsing in a café in the city center. He was 70 years old.

Justice Minister Katharina Barley said her thoughts were "with his wife and children - I want to send my sincere condolences to them."

During his tenure, Beate Zschäpe, the sole survivor of the neo-Nazi terror cell National Socialist Underground (NSU), was put on trial, charged with complicity in 10 counts of murder, arson, robbery, extortion and the founding of a terrorist organization. Four others were accused of helping the cell.

During the National Security Agency wiretapping affair,  he launched proceedings in connection with Chancellor Angela Merkel's mobile phone being intercepted by the US spy agency. They were later dropped.

In 2015, Range charged several journalists working for the netzpolitik.org blog with treason, accusing them of having leaked confidential intelligence documents.

Speaking on live television, Range claimed the Justice Ministry had ordered him to stop an expert's report on whether to prosecute the journalists. He called it "an unbearable interference in the judiciary."

Then-Justice Minister Heiko Maas, who was also his boss, dismissed Range, citing a lack of trust.

As a so-called "political civil servant," he or she is part of the executive and answers to the Justice Ministry.

NSU trials in Germany: drag on

NSU trials in Germany: drag on