The building industry is just starting to appreciate that its rubbish today will increasingly become its resources of tomorrow. A lot is already being recycled, but not very efficiently. That's starting to change. 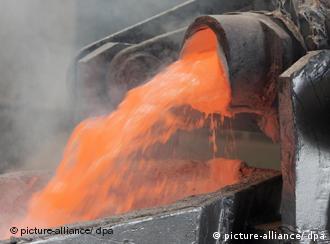 Precious materials may be mined from our rubble in the future

A new trend is gathering momentum within the construction industry: To make houses that are easier to recycle.

"I think that Germany is amongst the leaders in this matter in Europe,“ Holger Ortleb, from the German Association for Building Materials told Deutsche Welle.

Until now, architects and engineers have rarely made buildings that are designed to be dismantled quickly and easily.

Often material is "downcycled," which means it is reduced to a lower grade, mostly through contamination, so that it can't be used in the same applications any more, but truly recycling construction material is another matter.

Take aluminum for example. Although 95% of construction aluminum is recycled in Germany, it often ends up in engine blocks in cars because it gets contaminated during the recycling process and isn't pure enough to be used in buildings again.

This is a shame because recycling aluminum only uses 5% of the energy that smelting does. 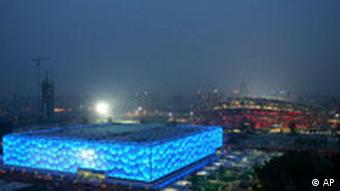 Beijing's Water Cube was made out of recyclable plastic cushions

"We take care in the design of our latest evolution of windows, curtain walls and doors, to really maximize the use of aluminum, of extruded aluminum parts and reduce all other metal parts, all other materials, like plastics as much as possible," Jager told Deutsche Welle.

He aims to take as many contaminants out of the recycling process as possible, so he's designed windows whose parts are made solely from high-grade aluminum.

It may be more expensive up front, but it is also more valuable to recycle because it has no plastic or alloy components that need to be extracted manually later, which can be a costly, labor-intensive process – making recycling economical and preserving the purity of the metal.

Germany is already an international pioneer in waste management - about two thirds of the 192 million tons of building waste is recycled in high tech facilities, but this still isn't enough to reach the government target of doubling its raw material productivity by 2020.

Ortleb is concerned that new regulations on the limits for soil and ground water contaminants, which are currently being decided by the government, could be too restrictive.

"The limits are so ambitious that we are going to get problems sticking to them in places when we reuse building materials," Ortleb told Deutsche Welle.

About a third of building waste comes from bricks and mortar. It is often crunched up and re-used to build roads. Conforming to harsh contamination limits could make reusing rubble uneconomical, Ortleb says.

"Buildings will increasingly be the raw materials of the future. But that depends on the conditions being economically viable." 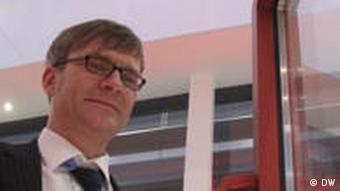 Jager thinks the key to recycling is simplicity

Another important factor is choosing carefully which materials to build with in the first place and there are some exciting developments in this field, according to Andreas Kaufmann, CEO of Fraunhofer Allianz Bau, a building research institute.

"I find buildings with membranes very exciting at the moment because these membrane constructions are bringing a new component into the building industry," he told Deutsche Welle.

Kaufmann is especially energized by materials like the ETFE cushions used on the exterior of Beijing's Olympic swimming pool.

"I see a big future for them: Less material, light construction and 100 percent recyclable," Kaufmann said.

These kinds of membranes also make a building more adaptable - a step in the right direction to making the property more sustainable. After all, a building might start out as a factory and end up a block of flats or a museum.

Kaufmann said building sustainably meant a lot more than just recycling. It's also about burdening the environment as little as possible, starting when the materials are being mined, the construction process, and end-use of the building.

Yet aesthetics should not be discounted.

"If the building is great for recycling but is totally ugly and no one wants to live there, it's not sustainable either," Kaufmann said.

As the world becomes more dependent on technology, it also becomes more reliant upon rare metals and minerals. The EU is preparing a strategy paper to secure a long-term supply of the increasingly necessary materials. (30.08.2010)

Europe could face a severe shortage of raw materials needed for emerging technologies such as thin-film solar photovoltaic cells and lithium-ion batteries, according to the European Commission. (25.06.2010)

The firm Ami Doduco's primary business is electrical contacts, but it is also a leader in precious-metal recovery. As raw materials become scarcer, the economic importance of metal recycling is set to increase. (24.11.2010)