Thousands of Burundi refugees have fled their country to the DRC in order to escape violence. Yet across the border, clashes with Congolese security forces have left some refugees dead. 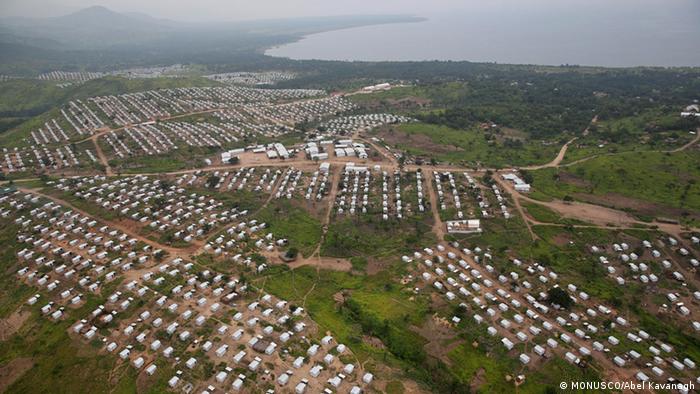 At least 36 Burundian refugees were killed and 117 others injured after security forces from the Democratic Republic of Congo (DRC) fired on a group of refugees in South Kivu province in eastern DRC close to the Burundi border on Saturday, according to a UN envoy. 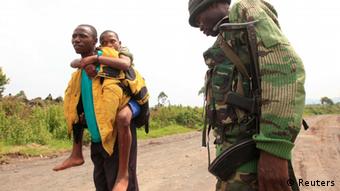 A UN envoy in the DRC said Congolese soldiers shot at refugees near the Burundi border.

"I am deeply shocked with the large number of civilian victims that were in the Democratic Republic of the Congo to seek protection and I condemn all kinds of violence between communities,” said the head of the UN mission to the DRC, Maman Sidikou. He confirmed that at least one Congolese soldier had also been killed in the incident that took place in the Kamanyola area of South Kivu.

Sidikou said the violence escalated after a Congolese army officer was killed in a clash with Burundian refugees who were protesting a decision by the local authorities to expel four Burundians from the DRC. Congolese troops then "allegedly responded through indiscriminate firing on the protestors." He demanded that the DRC investigate the incident.

Congolese interior ministry official Josue Boji reportedly deflected blame on Congolese security forces. He said soldiers initially fired into the air to try to disperse a group of protesting refugees who had forced their way into a prison operated by the national intelligence agency, but that troops were "overwhelmed" after refugees started throwing stones at them, according to news agency AFP.

An official reaction from the Burundi government was not available at the time of writing. Burundi's Foreign Minister, Alain-Aime Nyamitwe, wrote on Twitter, "My heart sinks as I learn of the shootings in Eastern #DRC."

At least 40,000 Burundian refugees have fled to the DRC since April 2015 and more than 2,000 refugees live in the Kamanyola area of the DRC's South Kivu province, according to the UN Refugee Agency. 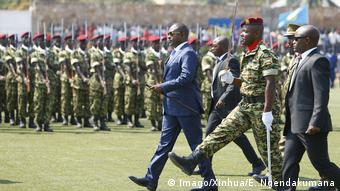 Many Burundians have fled their homes after protests against Burundian President Pierre Nkurunziza's re-election escalated into widespread violence in the small country. Between 500 and 2,000 people have died since then, leading the UN investigators to urge the International Criminal Court to open an inquiry into crimes against humanity.

Around 360,000 Burundian refugees are in other neighboring countries. In February, Uganda announced it would remove the 45,000 refugees within its borders.