UN investigators 'struck by scale' of crimes in Burundi

A team of UN investigators has urged the International Criminal Court to open an inquiry into ongoing crimes against humanity in Burundi "as soon as possible." They also slammed Burundi government for not cooperating. 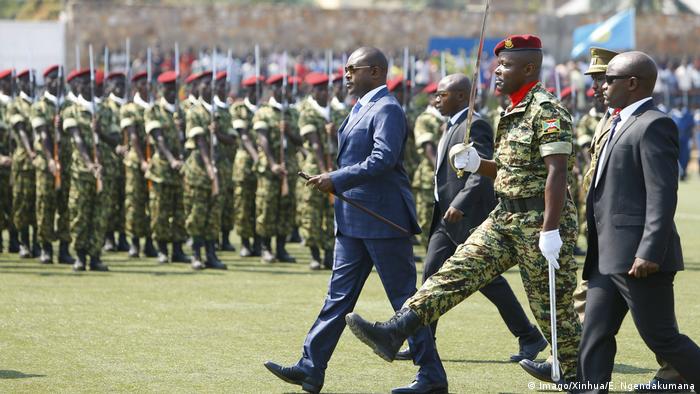 Security forces are committing torture, killing, sexual violence, and other serious crimes against Burundi citizens, the UN commission said while presenting a new report on Monday.

"We were struck by the scale and the brutality of the violations," said Fatsah Ouguergouz, president of the three-member commission. "We also noted a lack of will on the part of the Burundian authorities to fight against impunity and guarantee the independence of the judiciary. As a result, there is a strong likelihood that the perpetrators of these crimes will remain unpunished."

The violence in Burundi started in April 2015, when President Pierre Nkurunziza announced his controversial bid to run for a third term. Between 500 and 2,000 people have died in the subsequent unrest.

The document was based on interviews with more than 500 victims and witnesses of abuse. The researchers were forced to work from neighboring African states as Burundi government refused allow them into the country.

According to the Monday report, perpetrators of the crimes include top officials in the nation's security service, police, and military, as well as members of Imbonerakure, the youth wing of Nkurunziza's ruling party.

The president, supported by his generals, was behind "big decisions, including ones that led to serious human rights violations," it said.

While armed opposition groups were also committing crimes, those crimes were more difficult to document, the investigators said. Part of the reason was that Burundi government refused to share information or grant access to UN officials.

Last year, the International Criminal Court (ICC) opened a preliminary probe into the Burundi violence. In response, Burundi announced it would leave the jurisdiction of the court.

UN investigators now urged the ICC to launch an official investigation "as soon as possible," warning that crimes are continuing.

"Some of these violations are occurring in a more clandestine manner, but they are still just as brutal."

The country's exit from the ICC framework is scheduled for October 27.  If the probe is launched before that that, the ICC would have jurisdiction to investigate and try perpetrators of all crimes before the exit date.