Parliamentarians in Bujumbura have voted in favor of canceling their membership of the international criminal tribunal. No state has withdrawn until now from the ICC, which oversees genocide and war crime cases. 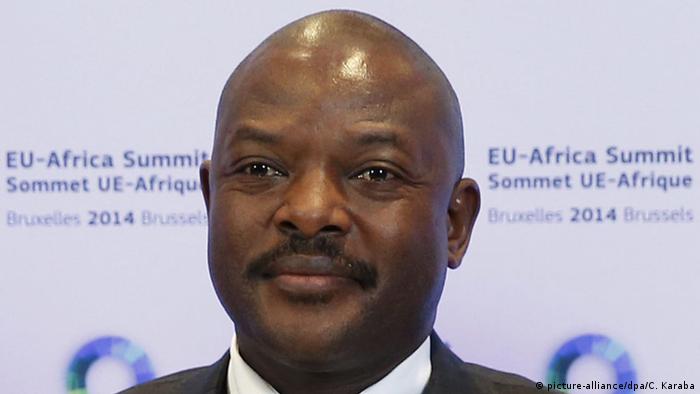 Ninety four lawmakers out of 110 parliament members voted for withdrawing from the ICC on Wednesday. The bill will now be transferred to the upper house of the legislature before being signed by the president. The entire process is expected to take a year.

The country will also have to write to the United Nations, signalling its intention. The withdrawal will take effect a year afterwards.

Speaking to the press, opposition lawmaker Fabien Baciryanino criticized the decision, saying withdrawal from the ICC was "no more, no less than inciting Burundian people to commit more crimes."

Rights activist Vital Nshimirimana pleaded with the UN to reject his country's plans. "Already, we have information that intelligence agents are torturing, killing Burundians behind closed doors...The world ought to rescue the people of Burundi."

Hundreds have died in Burundi after President Pierre Nkurunziza (pictured above) announced his candidacy last year for a third term as president, which many alleged was unconstitutional. Violent street protests, disappearances and assassinations followed and over 260,000 people fled the country.

The push to withdraw from the ICC began after the court charged Kenya's President Uhuru Kenyatta of crimes against humanity in the 2007 post-election violence. At least 1,000 people were killed at the time.

No country has ever before withdrawn from the ICC until now, although several African nations have threatened to step back from the Rome statute, because they feel the international criminal tribunal is disproportionately targeting the continent. Out of 124 countries in the ICC, 34 are African, the largest number from any continent. The US is not a signatory to the treaty.