The authorities in Burundi barred the UN employees from entering the African country after a UN report accused the government of abuse. Bujumbura also warned of a "plot" to harm the country before an international court. 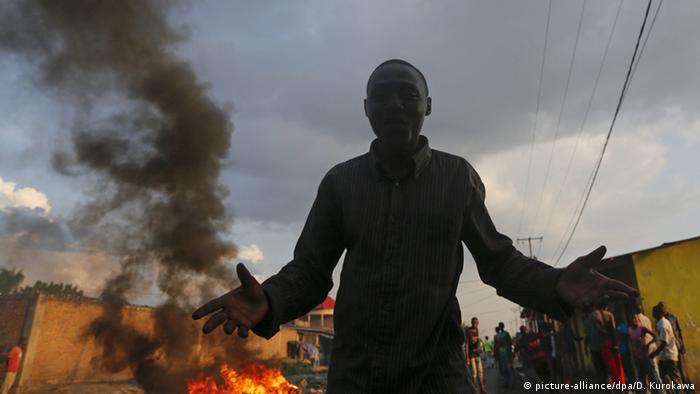 The human rights investigators were no longer welcome in Burundi, Foreign Affairs Minister Alain Aime Nyamitwe said on Monday, adding that the decision was effective immediately.

The move targets Pablo de Greiff of Colombia, Christof Heyns of South Africa, and Maya Sahli-Fadel of Algeria, who were appointed last December to lead a UN probe into the Burundi violence. All three of them are linked to a recent report on the 18-months of unrest  that claimed at least 500 lives.

In the report, the experts blamed the Burundian government for abusing its political opponents, concluding that "gross human rights violations have and are taking place, committed primarily by state agents and those linked to them."

Thousands of people of have been tortured, sexually abused, or disappeared, with the government  arbitrarily detaining people "on a massive scale," according to the report. The struggle for power first grew violent in April last year, when President Pierre Nkurunziza announced he would pursue a third term despite the slew of protests both at home and abroad.

"It's critical that Burundi and every other country cooperate fully with UN human rights mechanism and that is including working with those representing it," he said.

Other international activists have already met a similar fate, including a representative of the non-governmental organization Trial International who was stripped of her visa and ordered to leave the east African country. The legal advisor from Italy was previously scheduled to provide training for Burundian lawyers defending victims of state violence.

On Friday, Burundi threatened to pull out of the International Criminal Court, warning of a "plot" to harm the country. The move came after the court said it would investigate the violence in Burundi. Some observers claim that the nation's leadership fears being indicted before the Hague tribunal.

The UN Security Council is due to discuss the Burundi crisis on Thursday, with UN envoy Jamal Benomar presenting a report.