Several weeks ago, thousands of people began protesting against a tax hike. This spawned a veritable mass movement calling for a whole host of reforms. What are the demands? 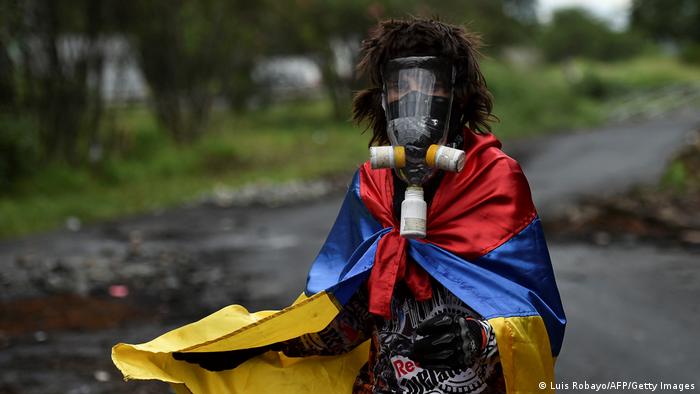 Many protesters in Colombia wear gas masks to protect themselves

It has been a month since Colombians began taking to the streets over tax hikes. Now, the protests have morphed into a veritable mass movement. "L", "Little Eye" and the "Skinny One," as they call themselves, are members of the "Frontline Mothers." They were among those who marched through the Colombian capital Bogota this Friday. Indeed, the women often lead the protest marches, facing down police officers and agents from the notorious Colombian National Police riot control unit (ESMAD).

Colombia's largely peaceful protests have developed into a mass movement, at times escalating into brutal, even deadly, street fighting. More than 40 people have died so far.

The protests pit many ordinary Colombians ― who've grown tired of extreme income inequality, aloof elites, rampant poverty and corruption ― against an unyielding state, intent on quashing the protest movement. In Colombia, police brutality has been all too common for the past decades. 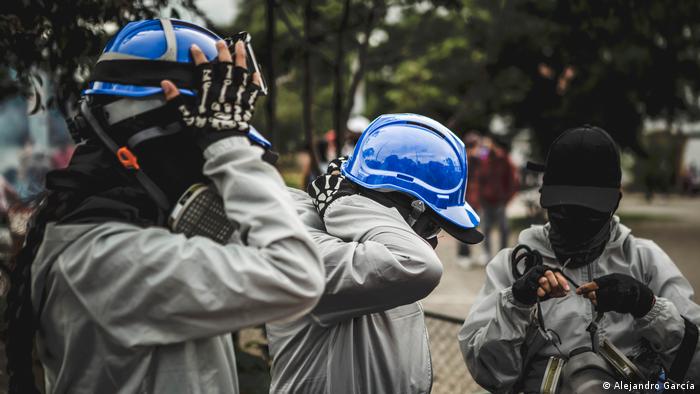 "As mothers, we cannot stop now." The "Frontline Mothers" want a socially just country for their children

"Women from all walks of life are joining us," one of the mothers, who wished to stay anonymous, told DW. "There are tango teachers among us and housewives, women as young as 18 up to 38. What unites us all is motherhood." She says they protest every day because they feel their children, and society at large, are under tremendous strain, and that something must finally change.

They all wear blue protective helmets and gas masks ― in case police deploy tear gas ― to the marches, looking like fighters heading into battle. They have a motto, too: "An attack on one of us is an attack on us all." They're willing to defend each other, both physically and morally. Indeed, some people claim some of the marching mothers are being paid to protest ― an accusation the "Frontline Mothers" vehemently deny.

They have vowed to keep marching until the Colombian leadership enacts real reforms. "We don't want any half-baked reforms in the education or healthcare sector," one mother told DW. "What we want is a life in dignity." 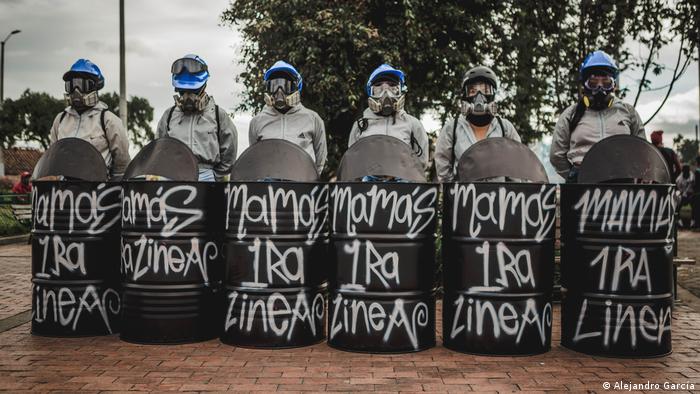 "People want a right to healthcare and education," the "Frontline Mothers" say.

Mar Tello Sanchez sympathizes with the mothers, even though she has little in common with them. At 26, Sanchez has a university degree in communication sciences and a well-paid job at Cali's infrastructure department.

Nevertheless, Sanchez has been joining the protest marches. "We can't just turn a blind eye to the reality out there, we need change and progress," she told DW. "Colombia has been stuck in its tracks for the past 60 years, with the civil war used as a pretext." She says power has been concentrated in the same hands for decades, with the lower and middle class neglected for years.

There are several factors why her hometown Cali has become the protest epicenter. One reason has to do with the local police and its fondness for chasing protesters through the streets ― and using live ammunition against them. That is their "modus operandi for suppressing protests," Sanchez said. Another reason lies in the city's pronounced social inequality. Poverty is rife.

Two weeks ago, Colombia's National Administrative Department of Statistics (DANE) published its latest data on poverty and inequality in the county ― showing a staggering 200% increase. "Five million Colombians are now only having one meal per day, instead of three," Sanchez told DW, adding that this grim situation resulted from decades of misrule. 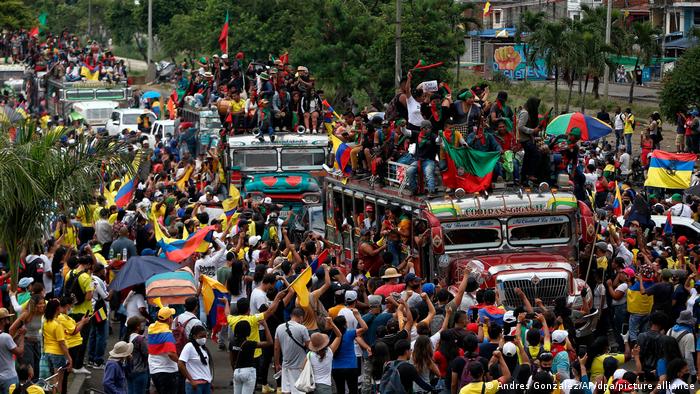 The indigenous population in Cali has joined the protests, too

The death of Elvis Vivas

28-year-old Esteban Franco lost a friend amid the protests. In early May, his friend Elvis Vivas was hospitalized, presumably after being attacked by the police. "After undergoing seven-hour emergency surgery, he spent one week in a coma, and then died from head injuries," Franco told DW.

Franco remembers the exact details leading up this friend's hospitalization as if it had occurred yesterday. Indeed, many witnesses have come forward. Videos of Vivas being held at the police station are circulating on social media. Now the public prosecutor has launched an investigation into his death.

"We live in a country that has no regard for human rights, where there is no justice," Franco told DW. "We are surrounded by extreme violence and state repression."

Despite his pessimistic outlook, Franco will be taking to streets again. That, he said, he owed his deceased friend. And he doubts the demonstrations will die down any time soon.

"It is high time we end corruption in this country," Franco said. "If there are no fundamental changes and people see no hope, many will leave the country." 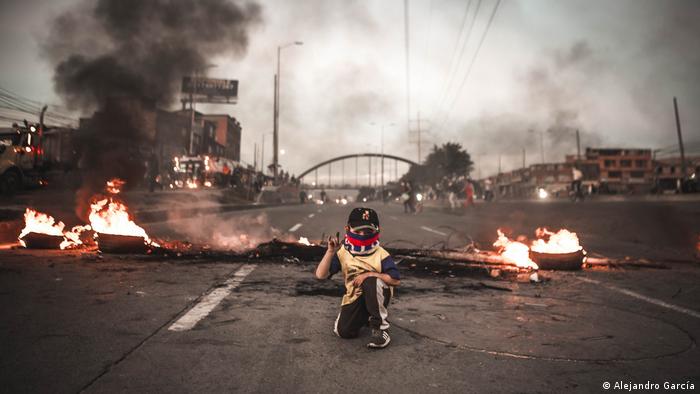 Even children have become part of the protest movement in Colombia

The government has said it would "analyze" a document presented by protest leaders. Demands include an end to violence against demonstrators by police and security forces, as well as to sexual violence against women.