The museum was part of the "narco tours" offered in Medellin highlighting the life and times of Pablo Escobar. "We have to tell the story, not the mobsters," Medellin's mayor said. 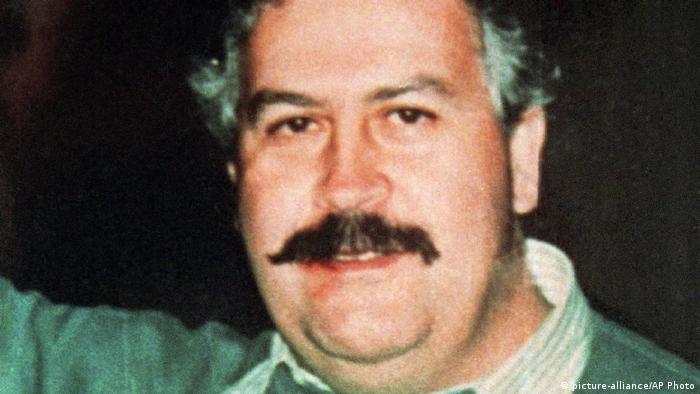 Authorities in the Colombian city of Medellin have shuttered a museum dedicated to the life of notorious drug lord Pablo Escobar, local media reported on Thursday.

The museum, in one of Escobar's former houses, was closed for operating illegally and failing to have a license with the national tourism office, the Colombiano newspaper reported.

It was one stop on the so-called "narco tours," taking foreign tourists to places around Medellin associated with "The King of Cocaine," including his grave and where he was killed in a police shootout in 1993.

Run by his brother Roberto, the museum exhibited furniture, cars, photos and the personal belongings of Escobar. Reports on travel site Trip Advisor indicate that the museum put a positive spin on the life of Escobar, who during two decades was held responsible for more than 6,000 deaths.

Medellin Mayor Federico Gutierrez says the tours are not illegal but that they glorify a mafia culture.

"We have to tell the story, not the mobsters. We do not want those 'narco tours' who advocate crime, showing these Mafiosi as if they were legends and heroes," the Colombiano reported him as saying.

"Here, the heroes are the victims. Everyone knows who Pablo Escobar was, but how much does the world know about Valdemar Franklin Quintero, commander of the police riddled with bullets by these murderers? He is a hero," Gutierrez said.

Read more: Juan Pablo Escobar: 'My father was no hero'

Escobar's control of the cocaine trade made him one of the richest men in the world. Some poor Colombians praised him for providing housing and sports facilities in Medellin and western Colombia.

Colombia's peace deal: Where is the peace?

Colombian President Juan Manuel Santos leaves office with low support for his deal with FARC rebels, cocaine production at a record high and UN concern over rising violence. Where is the peace he won a Nobel Prize for? (19.07.2018)

The area of land being used to grow coca in Colombia has increased by 17 percent, according to a UN report. A peace deal with the FARC rebel group was expected to reduce cocaine production, but the opposite appears true. (20.09.2018)