Juan Pablo Escobar: 'My father was no hero'

"The drug problem is not going to be resolved with machine guns. At some point, mankind will have to make peace with drugs," explains Juan Pablo Escobar Junior in an interview with DW. 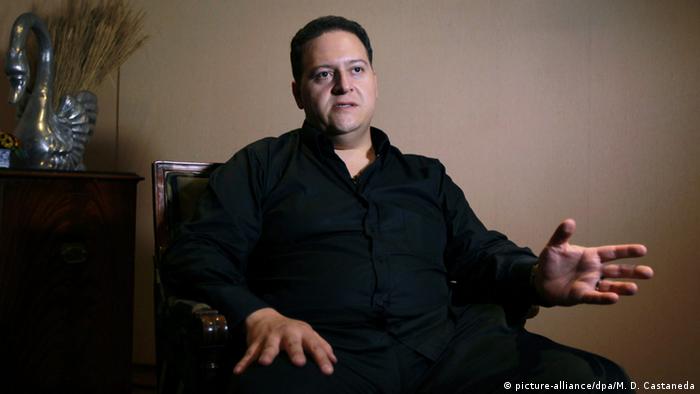 Sebastián Marroquín, or rather, Juan Pablo Escobar, son of the most powerful cocaine kingpin of all time, tells the inside story of one of the darkest chapters in the country's recent history in 'Pablo Escobar: My Father.'

The book strives to be objective and respectful of the countless victims, but without denying the love he had for his father. More than two decades after his father's death, Marroquín has raised ghosts of the past that he thought were gone, but that are still very much alive in Colombia. Following the publication of the book, he says that he has once again begun to receive "serious threats" never to return to Colombia.

When did you realize that your father was the biggest drug dealer in history? 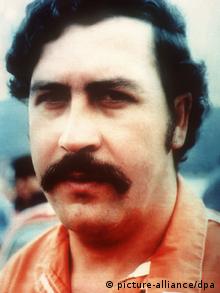 [I realized] when Justice Minister Rodrigo Lara Bonilla died in August 1984. I was seven. My father's face began to appear on television not as the ‘Robin Hood of Colombia,' but as the possible mastermind of the minister's death. At around that age, my father told me that he had chosen to become a criminal and that was his profession. Then, when all television stations began to report on minister's murder, we had to go to Panama and our home would never be the same again. It became clear that my father wasn't the office worker I thought, even if he didn't follow the conventional office schedule. When you grow up in this illegal environment, the boundary between lawful and unlawful is very blurred.

How did you decide not to follow in the footsteps of your father?

There were several moments. The most decisive was my father's death. I reacted violently and threatened the country. I regretted these threats ten minutes later, when I became aware of the consequences of acting on them. I also realized that with my father now dead, I could be the next in line. I always wanted to make my father see that violence wasn't the answer. He never suggested that his wish was that I follow in his footsteps. It was a difficult decision for me. In fact, if you look at all the other children of drug traffickers, they all followed in their parents' footsteps. But I was well aware of the violence that my dad generated and how that violence came back to us. It would have been insulting to life's teachings if I had become a person like him.

Although you chose to follow a straight path, did other people project the responsibility of your father's crimes onto you?

And I bet that would become Pablo Escobar II. I was condemned to continue down his path, his businesses and his methods. It was much harder precisely because of this to succeed in separating myself from that past, that violent legacy. Anyway, I also think my father's enemies, who were the most qualified to judge whether I was doing the right thing or not, finally realized that I was not a threat to them or to the country ... and let me live because of that. If not, I would be dead, there is no question about that.

Are you trying to send a message with the book?

Exactly, I want those who read it, especially young people, to understand that these stories shouldn't be repeated. The way my father's story has been portrayed to the world encourages others to follow his example. That is to say, it creates a glamorous and inspirational product that many want to imitate. There are young people -- who don't know the story and who don't know the consequences of violence -- who see a TV series, watch a movie or read a book out there about my father's life and want to be like him. But my father is very far from being a hero. Some of these publications want to present him as a hero, so they end up leaving an unclear message about the consequences of his actions. I always say that if someone reads my book and wants to become Pablo Escobar, then I did a bad job. 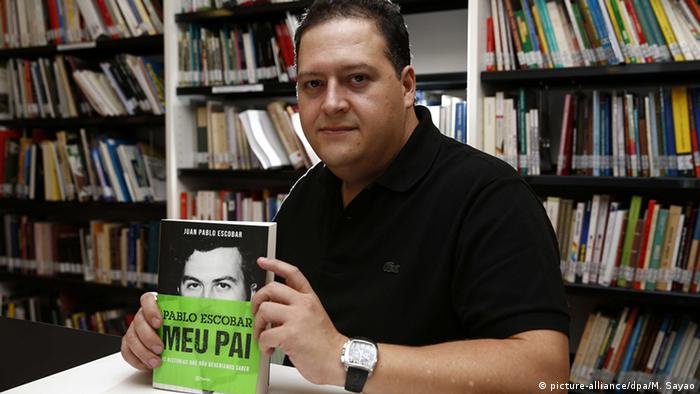 Marroquín decide to write a book about his father's life to dissuade others from copying him.

Do you think peace is possible in Colombia? Do you think it would be possible to apply a process similar to the one currently being implemented with the guerilla fighters to the drug traffickers?

I think it would be too early to talk about that process, but eventually the world will have to accept the idea that drug trafficking will continue to exist. No matter how many laws are drafted against it, that all [the government] is doing is further encouraging the trade, as they have done uninterrupted for forty years since prohibitionist ideas and laws began with Nixon. So stories like my father's will continue to be repeated. Now, we have El Chapo Guzmán, but tomorrow there will be another ... This is not a problem to be solved with machine guns. They can arrest or kill all the world's drug lords in one day, but the day after, drugs will be on the streets, because there are two hundred million drug users in the world, according to the United Nations. So, there will always be someone willing to provide those drugs to millions of consumers. I say that somewhere, at some point in time, humanity will have to make peace with drugs, because this idea of continuing to wage war hasn't worked.

How do you think the drug cartels would adapt to this new situation, if the way we fight drug addiction really changes? Would they be integrated into a legal market?

I don't think they would transform into successful entrepreneurs of legal drugs. I think they would end the game, they would stop their business. There would be no way to finance violence or corruption, simply because they wouldn't be able to cover the costs. There would be no way they would get rich the way they do now because no one would pay triple for a drug that they could buy at a state-owned pharmacy. That doesn't mean that I think drugs are good, but neither is prohibiting them the solution. Alcohol and tobacco are drugs that kill more people per year, than all illegal drugs combined. We must fight against drugs with education and information from the government and the family. 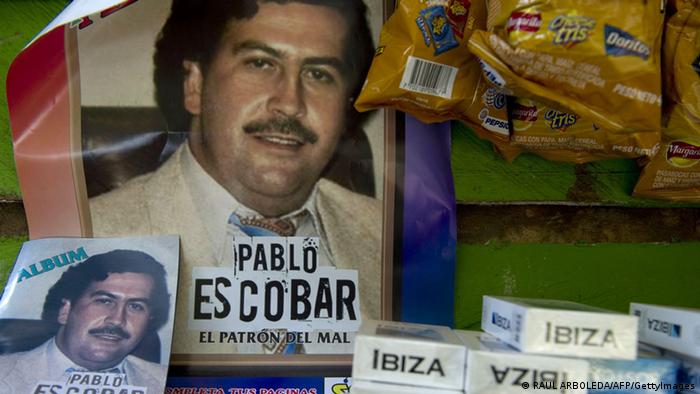 A collectible sticker album depicting Pablo Escobar's life which his son describes as full of contradictions.

Of all the contradictions that characterized your father's life, which one has been the most difficult to understand, to 'digest'?

My father's life is a long list of contradictions. He was a man with leftist thoughts and ideas, but he also founded MAS (Death to Kidnappers), the first right-wing group in Colombia. He was also a man who built soccer fields so that the kids in the poorest neighborhoods wouldn't take drugs, but financed with drug money. I was very surprised that my father admired the ideas of Luis Carlos Galán and Rodrigo Lara Bonilla, and finished confronted by them. Only for drug trafficking. One of the great contradictions of my father's life is how he ended up ordering the assassination of these people even though he felt were deeply connected to the thoughts and policies that they had projected.

Sebastián Marroquín is the son of Colombian drug lord Pablo Escobar, assassinated in 1993. The interview was conducted by Luis García Casas.

Saric, the cocaine king of the Balkans, gets 20 years

The cocaine king of the Balkans could spend 20 years looking at a set of prison walls. According to a Serbian court, the punishment fits Darko Saric’s crime: trafficking 5.7 tons of cocaine from South America to Europe. (13.07.2015)

US officials believe drug kingpin Joaquin "El Chapo" Guzman remains on the run in Mexico. Guzman broke out of a maximum security prison last month, escaping in a tunnel built right under his cell. (05.08.2015)

Police in Germany have reported finding hundreds of kilograms of cocaine hidden inside shipments of bananas sent to supermarket chains in the north and west of the country. The drugs' street value is in the millions. (31.07.2015)