Climate talks in Bonn: Devil in the details | Environment| All topics from climate change to conservation | DW | 27.05.2016

In 2015, a new landmark climate deal was reached. But now the political blueprint has to be turned into a workable plan. Negotiations in Bonn were the first step. 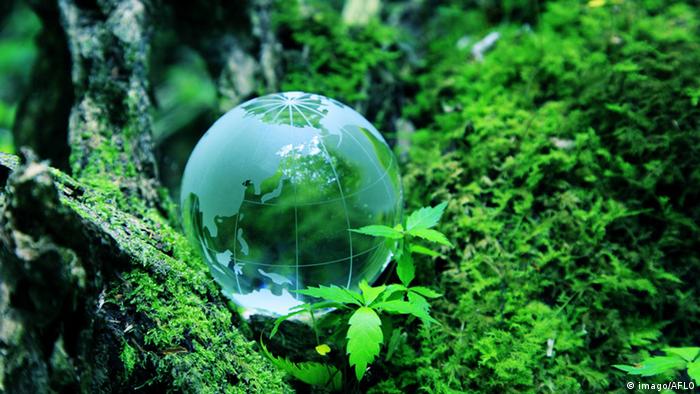 In December 2015, when the new climate agreement was adopted, politicians called it a "historic moment." The Paris Agreement is the fruit of two decades of often contentious wrangling between wealthy and developing nations, and was hailed by delegates to the United Nations-led talks as ambitious and strong.

Now, groundwork has begun putting flesh on the bones of the agreement: For 11 days, delegates of 196 states have come together in the German city of Bonn to work on the nitty-gritty of the new treaty.

Their job was to start fulfilling the promises made in Paris. This was no easy task: The climate treaty aims to keep global warming below 1.5 to 2 degrees Celsius - but how to reach that goal was not clearly outlined in the 31-page document.

Christiana Figueres, the UN's climate chief, made the urgency clear: "Greenhouse gas emissions have to peak quickly and descend," she said. "It's a race against the clock."

It's getting hot in here 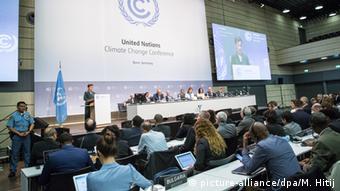 Reaching the new goal means weaning the world economy off fossil fuels within the next couple of decades. The past year, 2015, has been the hottest ever recorded. To reach the goal of keeping global warming well below 2 degrees, strong measures have to be taken quickly.

About 160 countries have already handed in their pledges on how much they will curb carbon emissions. However, even if all countries stick to their promises, the world would be closer to a 3-degree Celsius temperature rise.

So the countries will have to keep revising their national climate action plans over the years to come. But the Paris Agreement was vague on how countries shall report on and monitor their domestic pledges to curb greenhouse gas emissions

Along with adapting to changes such as more floods, storms, desertification and rising seas, these issues were discussed in Bonn.

Success, but no big headlines 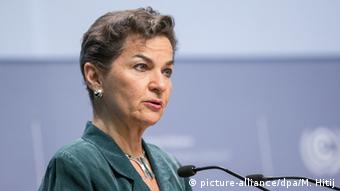 Figueres, who steps down in July, will go down in history as having contributed to success of the Paris Agreement

No big headline-making decisions were made at the Bonn Climate Change Conference. Overall, it was a nuts-and-bolts event that focused on the initial steps of creating a rule book for putting the Paris Agreement into force. Is this a disappointment for environmental organizations?

Ulriika Aarnio of CAN, the Climate Action Network, told DW it was far from wasted time. "It sounds silly that you spend a week fighting on the agenda, but it is really important," Aarnio said. "One point is the balance between mitigation, adaptation and finance. It's political negotiation, even more when you get into the technical details."

Also Sönke Kreft of the German organization Germanwatch expressed satisfaction, in particular by the easy collaboration between industrialized nations and developing countries.

Initially Kreft feared that, as had happened time and again, industrialized nations and developing countries would have very opposing points of view. But this was not the case, he told DW: "The negotiations were very constructive, so we are content."

From decision to action

One major step is the ratification of the Paris Agreement: It must be signed by 55 parties representing 55 percent of total global emissions to be able to enter into force.

Sönke Kreft is optimistic that this step will be taken this year. This would be remarkably fast. When the Kyoto Protocol - the predecessor of the Paris Agreement - was adopted, it took almost seven years until it was finally ratified. 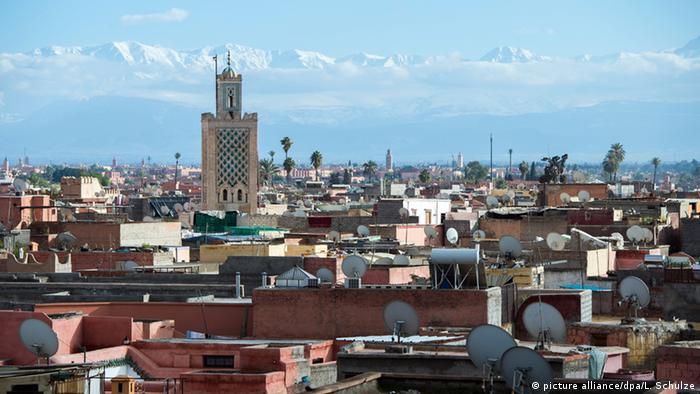 The next climate conference will take place in Marrakesh, Morocco, in November 2016

Heads of state met in New York City on Earth Day this year (March 22, 2016) for a signing ceremony - there, 175 parties (174 countries and the European Union) have signed the treaty. But the United States and China, which together account for 38 percent of global emissions, were not among them.

And one of the golden rules of climate negotiations is: They are always "to be continued." In this case, the meeting in Bonn aimed at paving the way for the climate conference in Morocco at the end of the year, the so-called COP22 (or 22nd conference of parties).

And some delegates have already come up with a nickname for it: While they called the Paris conference the "decision COP," the Marrakesh conference shall be the "action COP." They hope COP22 will live up to its new nickname.