German researchers have calculated how climate change affects water resources worldwide. Challenges for agriculture and a rethink of how the world eats likely lie ahead. 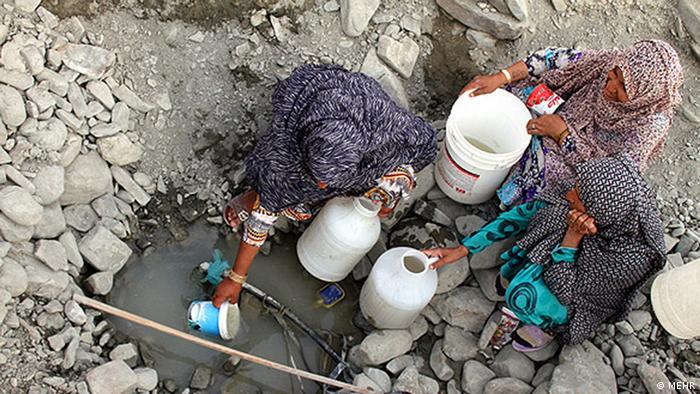 As the growing world population's consumption of water increases, fresh water resources are also becoming scarcer due to climate change. Water sources are melting and drying out. Scientists at the Potsdam Institute for Climate Impact Research (PIK) have calculated how much of the essential resource the world risks losing to the effects of climate change.

To get a clearer picture of such effects, the researchers collected data from five global climate models and 11 global hydrologic models. Their study aims at finding new ways to counter looming water scarcity.

Understanding the potential effects of climate change on water resources is important in part because climate change can still be curbed, says Jacob Schewe, lead author of the PIK study.

"From a scientific point of view, climate change can definitely still be delayed," he explains, adding that if climate protection were significantly strengthened worldwide over the next decades, "global warming could be limited to about 1.5 degrees [Celsius], which in turn would prevent a good part of the developments impacting water resources."

The Potsdam study assumes a 2.7-degree increase in temperatures over the pre-industrial era - or two degrees higher than current temperatures.

For the world population, that increase means that one out of ten people would suffer from absolute water scarcity by the end of this century. When the amount of renewable fresh water available per person each year drops below 500 cubic meters, scientists speak of absolute water scarcity. Global use today is at about 1,200 cubic meters per year per person, but industrialized countries use significantly more water than developing countries.

37 nations already make do with the bare minimum in water resources, according to experts at the World Resources Institute (WRI), a co-author of the Aqueduct Water Risk Atlas. Massive investments in efficient water management are necessary to counter the effects of water scarcity, says Paul Reig, an associate at the Washington-based WRI. 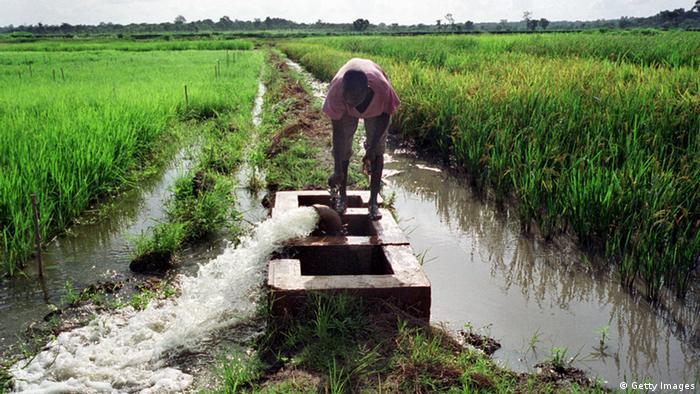 Agriculture is the world's largest consumer of water

"The largest potential is in agriculture, since agriculture is one of the largest water users," Reig told DW. "There are a number of technical innovations and solutions that investors are looking into, and I think that is going to play a large role in solving the increasing challenge to meeting our water demands."

In times of rising food prices, the agricultural sector has become more interesting for investors. Asian companies, particularly in China, as well as their European counterparts are buying up large swaths of land in Africa to grow food products. They, too, have a vested interest in good harvests and are keen on "investment in any aspect of agriculture that offers a significant opportunity to reduce its demand for water," water risk expert Reig says. "Either because of changes in crop type or based on improved irrigation technologies or improved drainage."

Hunger follows on the heels of water scarcity

Agriculture must change in order to counter dwindling water resources. Climate researchers warn of an increased risk of hunger, in particular in poorer countries, while farmers will have to adapt to recurring drought and extreme, torrential rains.

Swiss agronomist Hans Rudolf Herren, one of the winners of this year's Right Livelihood Awards, doubts that agriculture can be brought into line through investments in technology and irrigation alone. "Technical solutions to save water in agriculture will play but a small role even 50 years from now - the corresponding costs are just too high," Herren told DW. The natural properties of many crops, including root crops and grasslands, can't be influenced much by technology, he says. 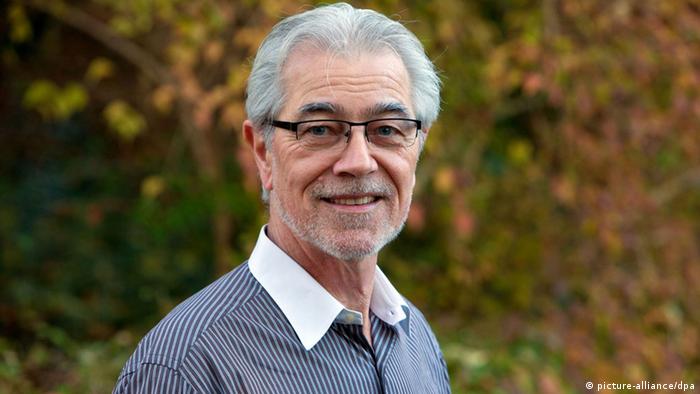 Herren predicts that in the future, agriculture will mainly grapple with two consequences of climate change: drought and flooding. The way to counter that development, he argues, is through organic farming, which "strengthens the capacity of the soil to absorb water, to enrich it and later deliver it again to the plants."

Organic farming could also limit the spread of diseases and pests without farmers having to resort to pesticides. Crop rotation and diversity would make it more difficult for diseases and crop destroyers to infest cultivated areas. By contrast, Herren says planting monocultures is like putting down a highway for pests, allowing them to tap into even more habitats as global temperatures rise.

According to the agronomist, consumers, too, must alter their habits in ways that include eating less meat and seeking out crops more attuned to local conditions. In dry regions of the world, farmers could plant the cereal crop millet, which needs significantly less water than corn.

The agronomist is confident such changes would help feed a constantly growing global population. Even today, he says, the world produces enough food for 14 billion people. "We don't need to produce more food - what we need is better quality and more diversity." Herren notes an additional climate-friendly measure: growers and consumers should be located closer to one another to decrease the amount of shipments and transports.