Activists disrupted the flow of millions of barrels of crude oil from Canada to the US by turning off valves on North America's pipeline system. An action of this magnitude by environmentalists is thought unprecedented. 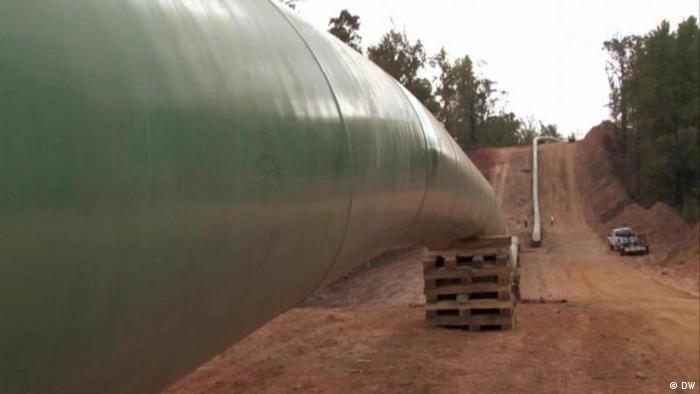 Protesters carried out the audacious act of sabotage by simultaneously twisting shut giant valves on five cross-border pipes that together can carry up to 2.8 million barrels of crude oil a day - around 15 percent of daily US consumption.

After months of studying how to shut the pipes safely, climate activists in four states cut padlocks and chains to enter the remote flow stations in coordinated early-morning raids on Tuesday.

Before the latest sabotage, environmental activists are not thought to have ever previously carried out a simultaneous, coordinated action of this magnitude.

Police confirmed four arrests: three in Washington state and one in Montana, while protesters were also arrested in Minnesota and North Dakota. 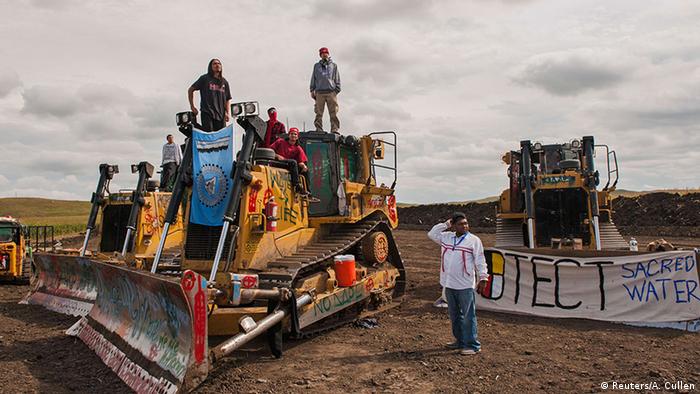 The group said the move was in support of opponents of the disputed Dakota Access Pipeline, a proposed separate $3.7 billion pipeline carrying oil from North Dakota to the US Gulf Coast.

On Monday, 27 people were arrested for protesting the Dakota Access pipeline, including actress Shailene Woodley.

Members from a group calling itself Climate Direct Action caused no damage to the pipelines - but officials, experts and pipeline companies said the protesters risked serious environmental damage by shutting down the lines.

They said unscheduled shutdowns can lead to a buildup of pressure, which can cause leaks or ruptures.

"Closing valves on major pipelines can have unexpected consequences, endangering people and the environment," he said. 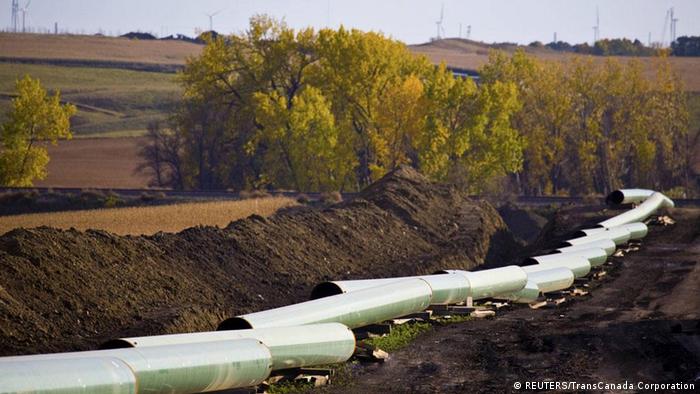 Pipelines can be heavily pressurized depending on length and altitude variation. Paul Tullis of Tullis Engineering Consultants said oil moves with momentum "like a freight train."

"If these people are hydraulic engineers, they might be able to do this safely," he said, adding that activists often do not fully know what they are doing - even if they think they do.

Afrin Sopariwala, a spokeswoman for Climate Direct Action, pointed to the cause as justification: "We are acting in response to this catastrophe we are facing," referring to global warming.

Environmentalists have fought for years to stem production of oil from Canadian tar sands, which is being transported in these pipelines, in favor of cleaner energy.

The shutdown had little impact on the oil market, and the lines were soon restarted.

The incident is the most recent in a series of actions by environmentalists and others in response to growing concern over the effects of fossil fuels on the environment.

Protesters have previously shut down lines in more isolated incidents - but this has been rare, said Richard Kuprewicz, president of pipeline safety consultancy Accufacts Inc.

"It's rare because ... you can be prosecuted and go to jail," he said. "Even if nothing happens, it can be dealt with very harshly."

For an industry increasingly reliant on technology such as infrared cameras, digital sensors and drones - to monitor security and check for leaks - the sabotage illustrates how vulnerable pipelines are to low-tech attacks.

Native American tribal members from across the United States have joined mounting protests against a four-state oil pipeline. A series of lengthy legal battles may hold up pipeline construction. (28.08.2016)

US President Barack Obama has blocked the construction of a controversial oil pipeline between Canada and the United States. The decision ends years of bitter and politically charged debate, but not everyone is happy. (06.11.2015)