A prominent Sunni Islam cleric has called for the execution of 'IS' militants who burned a Jordanian pilot to death. Other influential Imams called burning the pilot un-Islamic. 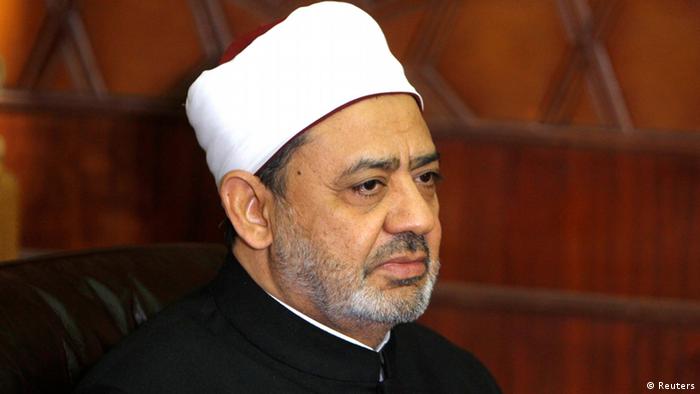 Ahmed al-Tayeb, head of the 1,000-year-old Al-Azhar center for Sunni Islam in Egypt, called for the execution of "Islamic State" (IS) militants, one day after the jihadists publicized the video of a Jordanian pilot being burned alive.

The Egyptian cleric expressed "strong dismay at this cowardly act," and said the perpetrators should be punished through "killing, crucifixion or chopping of limbs." He termed the Islamic State a "satanic" organization that spread corruption on earth and waged war against God.

IS had earlier posted a religious edict on Twitter saying Islam permitted burning an infidel to death, as a justification for burning Jordanian pilot Muath al-Kaseasbeh while he was still alive.

'Only God tortures by fire' 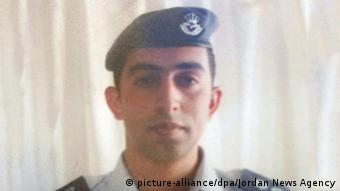 Al-Kaseasbeh's barbaric death apparently served to weaken IS' popularity, but it was not clear whether conservative clerics condemned the killing itself or the method used to end his life.

"Burning is an abominable crime rejected by Islamic law regardless of its causes," Saudi cleric Salman al-Odah wrote on his Twitter page, adding that "Only God tortures by fire."

"Even if the Islamic State says Muath had bombed, and burned and killed us, and we punished him in the way he did to us, we say, okay but why film the video in this shocking way?" Abu Sayaf, a Jordanian Salafist cleric who spent ten years in Amman's prisons, told Reuters news agency.

Islamic State militants released a video on Tuesday, which purportedly showed the pilot Muath al-Kaseasbeh being burned to death. The Jordanian national was captured by the jihadists last year in Syria while flying on a US-led coalition mission against the IS.

Amman had attempted to exchange jihadi prisoner Sajida al-Rishawi for al-Kaseasbeh, but those negotiations fell through after Jordanian officials said IS failed to prove he was still alive.

Opinion: IS has become simply repulsive

The new execution by Islamist terrorists in Syria has left us speechless. Now, more than ever, it is clear that the "Islamic State" is challenging the entire world, writes DW's editor-in-chief, Alexander Kudascheff. (04.02.2015)