Civilian casualties in Afghanistan reach new record | Asia | An in-depth look at news from across the continent | DW | 18.02.2015

2014 was the deadliest year on record for Afghan people, with civilian casualties rising by as much as 22 percent. The violence is affecting the most vulnerable sections of society the hardest, say experts.

These are the words of a man whose wife was killed and whose four daughters, son and nephew were injured when multiple mortar rounds landed on their house in Sangin district, in the southern Helmand Province, during a ground engagement between Afghan national security forces and the Taliban on June 16, 2014. His account was shared in a report released by the United Nations Assistance Mission in Afghanistan (UNAMA) on Wednesday, February 18. 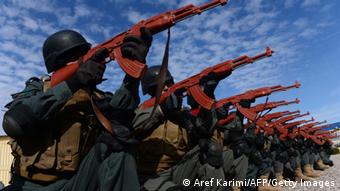 Nearly 3,700 Afghan civilians were killed in the conflict-stricken country last year, while the number of injured rose to 6,849, according to UNAMA. This is the highest rate of civilian casualties since the UN body started collecting data five years ago. With the latest numbers, the total Afghan civilian death toll since 2009 surged to around 17,800.

But there has been a change in the tactics used by various groups last year, with ground fighting emerging as the main killer. "Parties to the conflict increasingly used explosive weapons systems such as mortars, rockets and grenades, sometimes indiscriminately, in civilian-populated areas with devastating consequences for civilians," the report stated.

Women and children, in particular, bore the brunt of this development. While children casualties increased 40 percent, with 714 killed and 1,760 injured, the corresponding number for women leaped 21 percent to 298 deaths and 611 wounded.

Attacks and operations carried out by anti-government elements were cited by UNAMA as the reason behind 72 percent of all civilian casualties. At the same time, Afghan national security forces and international troops were behind 14 percent of all killings.

"The human cost of the armed conflict in Afghanistan rose in 2014 with civilians continuing to bear the brunt of the fighting and violence," said Georgette Gagnon, director of UNAMA's human rights unit, in a DW interview.

With fewer foreign troops in-country and a resurgent insurgency, many Afghans fear a tough year ahead. DW speaks to Nicholas Haysom, the top UN envoy in Afghanistan, about the challenges facing the new government. (26.01.2015)

Harassment, intimidation, attacks - a new report by Human Rights Watch exposes the threats and increasing levels of violence journalists face in Afghanistan from both the authorities and insurgents. DW examines. (21.01.2015)

The southeastern and southern regions of Afghanistan witnessed the highest numbers of civilian casualties, accounting for 21 and 20 percent of all civilian deaths respectively, Gagnon added. The figures indicate that violence continues to afflict the war-torn nation, and cast a doubt on the ability of the Afghan army and police to ensure peace in the conflict-stricken South Asian country, particularly after the end of the ISAF mission.

Although a contingent of foreign troops still remains in the country, its key objective is to advise and train the still-fledgling Afghan forces, and to provide limited counterterrorism support.

A total of 28 NATO Allies and 14 partner nations contribute to the mission, involving a 13,000-strong residual force, with the US accounting for almost 11,000 troops. Germany is set to provide up to 850 troops.

But by and large, this is a non-combat force that is not in Afghanistan to fight a war. It is in the country to help the 350,000 Afghan troops - who now have full responsibility for security - to fight the war against the insurgents. One of the training components of the mission, for instance, will focus on strengthening Afghan forces' abilities to collect intelligence.

Afghan forces are therefore fully in charge of security in a country plagued by conflict and a resurgent insurgency. But their inability to control the attacks and continued violence is having wide-ranging social and economic consequences and "affecting the most vulnerable the hardest," noted UNAMA's Gagnon in the report.

"For Afghan women and children, the anguish of losing a husband and father in the conflict is often only the beginning of their suffering and hardship," she stressed.

This view is shared by Jean-Nicolas Marti, the International Committee of the Red Cross (ICRC) head of delegation in Afghanistan. "Persistent and fierce fighting, including serious violations of the rules of war, continue to have a deplorable impact on the Afghan population," he said in a statement. "For the victims of the conflict, the situation might deteriorate even further as the funding of humanitarian aid dwindles in the country," Marti underlined.

Beyond casualties, the violence also caused the total number of internally displaced in the country to swell to more than 800,000 - an eight percent increase from the previous year, a situation which aggravates the suffering of ordinary Afghans. 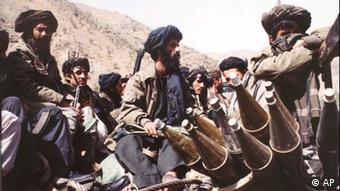 All sides involved in the conflict - particularly the insurgents - must comply with their legal obligations under international humanitarian law to protect civilians and to not attack citizens, Gagnon told DW. Terming the rising civilian deaths and injuries in 2014 as "a failure to fulfil commitments to protect Afghan civilians from harm," the UN called on both the government in Kabul and the insurgent groups fighting against it to protect civilians.

"Parties to the conflict should understand the impact of their actions and take responsibility for them, uphold the values they claim to defend, and make protecting civilians their first priority. We need to see concrete steps and a real drop in civilian casualties in 2015," said Nicholas Haysom, United Nations Secretary-General's Special Representative for Afghanistan and head of UNAMA.