Citizens across the world are suing their governments over climate change | Environment | All topics from climate change to conservation | DW | 16.11.2016

Citizens across the world are suing their governments over climate change

Did you know it's possible to take legal action to fight global warming? European citizens have been doing just that. And now, youths in the US won the right to sue their government over failed climate action as well. 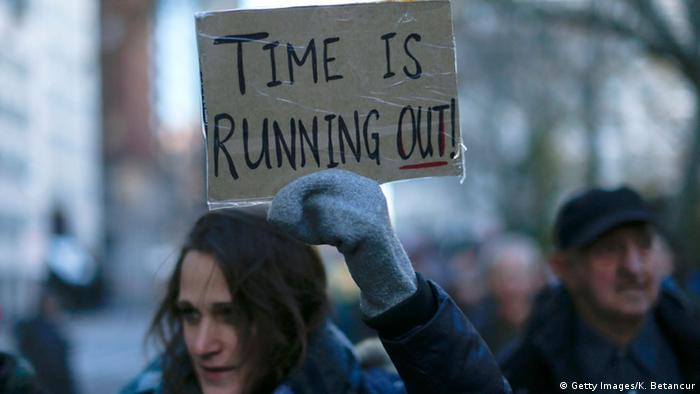 Last week, a group of American youths officially won the right to sue the United States government for failing to curb climate change. The US is the world's second-largest greenhouse gas emitter, after China.

The 21 plaintiffs, who are between 9 and 20 years old, and come from all over the US, filed the climate change lawsuit together with climate scientist Dr. James Hansen in 2015.

In the lawsuit, they accuse the federal government of violating the younger generations' constitutional rights to life and liberty by declining to take action against global warming. They argue that the government is failing to protect essential public trust resources like air and water, which are vital to survival.

The  November 11 ruling in Oregon district court upheld their main argument, that "the government has known for more than 50 years that the carbon dioxide produced by burning fossil fuels was destabilizing the climate system in a way that would significantly endanger plaintiffs, with the damage persisting for millennia."

One of the plaintiffs, 19-year-old student Tia Hatton, told DW that the group is suing the government because "the government has known about climate change and the effects of carbon dioxide pollution on the stable climate system, but failed to take action."

"We are all very worried about our future, health and safety from the climate change impacts that we're seeing already, and that will worsen as time goes on," Hatton said.

"We are going to be affected the most by it," Hatton believes.

All the kids and teenagers in the plaintiff group have been personally impacted by climate change. Some of them live on farms being affected by drought, while others have lost their homes due to floods.

Others, like Hatton, are affected by dry conditions caused by forest fires, which have aggravated her asthma.

"Our role as plaintiffs is to show them the personal harm climate change is causing. We represent the children - not just of this nation, but of the entire world." 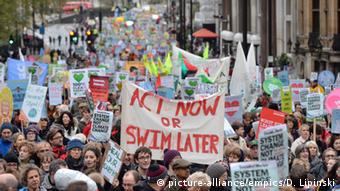 "Right now is the time to act. We have science in front of us. We can no longer put profit above the safety and health of our children," Hatton says

The lawsuit has been called a landmark, and has been the target of strong opposition from lobbying groups, such as the largest fossil fuel trade association - the American Fuel & Petrochemical Manufacturers (API) - which spends million of dollars each year on lobbying to promote the interests of oil, gas and coal companies.

Further opposition has come from the National Association of Manufacturers, the American Petroleum Institute, and the US government, which all submitted motions for the case to be thrown out.

But their motion was rejected, and the lawsuit was ruled valid by US district Judge Ann Aiken.

She wrote in her ruling: "This lawsuit may be groundbreaking, but the fact does not alter the legal standards governing the motions to dismiss. (...) Federal courts too often have been cautious and overly deferential in the arena of environment law, and the world has suffered for it."

The case will now officially go to trial. And that's exactly what the group of young plaintiffs sought to achieve.

"When we are in the courtroom, we're sitting right next to the government and the fossil fuel lawyers. And you just want them to look you in the eye and acknowledge that you have a right to a healthy and stable future," Hattan said.

This is not the first climate action case against a government. In 2015, a Dutch court ordered the government to cut greenhouse gas emissions nationwide by 25 percent by the year of 2020 after the organization Urgenda took the government to court on behalf of 900 Dutch citizens.

It was the first time citizens sued their government over climate change and won. This laid the foundations for similar cases around the world.

It inspired Belgian activist Ignace Schops and a group of artists, filmmakers and rock stars to do the same, and sue the Belgian government to increase its climate change game, and make deeper greenhouse gas emission cuts.

After all, Dutch and Belgian governments signed the Paris Agreement that emerged from the COP21 climate summit in 2015, aiming to keep global warming below maximum 2 degrees Celsius (3.6 degrees Fahrenheit).

Schops is seeking to hold the government accountable, calling for a 40 percent cut in greenhouse gas emissions from 1990 levels by 2020.

In his opinion, a court case is the perfect way to achieve this goal.

"When you look at big changes in the world, like the ban on smoking and asbestos, the big changes happened when a court case came in," Schops told DW. "So we started a court case out of love for the planet."

A hearing is expected within the next few months.

If you want to do the same in your country, here's Schops' advice: find a creative group of well-known people who can raise awareness around the cause; set up a petition to gather citizen support; and start a crowd-funding campaign to pay for legal fees.

Now you're good to go - which country will bring the next legal challenge?

Exxon Mobil sued for 'climate deceit' in US

Exxon Mobil is failing to safeguard Massachusetts communities against pollution relating to climate change impacts, the suit says. It follows up on revelations that the oil giant covered up climate risks of fossil fuels. (07.10.2016)