For most film festival attendees, the event is a celebration of cinema. You can watch films that haven't yet landed in conventional movie theaters, by directors who might not even make it to the box office. Rarely is this a sign of film quality; if more than half of all movie screens in the average German city show three or four American blockbusters, there is simply not enough room left for films from Italy or China, Argentina or Australia. Film festivals have filled these gaps for years.

Featuring the work of Lucrecia Martel in Munich

Munich is one of the film festivals to fill this vacuum, as it relies on films from countries whose cinematic works are otherwise hard to find in everyday program life. An example of this is the Argentinean director Lucrecia Martel, to whom this year's retrospective in Munich is dedicated. Martel, one of the most important filmmakers in South America, was present in Munich to personally present her work. 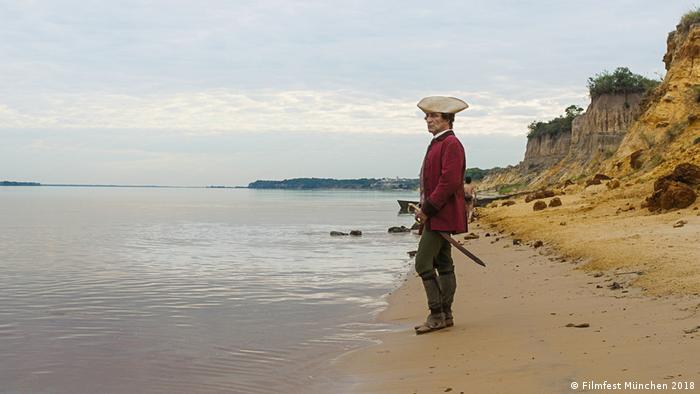 Lucrecia Martel's films open up rare sensory impressions of life in Argentina: mysterious and surreal, but also very close to everyday life and the pulse of society.

Film festivals are also a means for presenting film projects that are still in the works. The creators of the new large-scale project Das Boot ("the boat"), which has already wracked up over € 26 million ($30 million) in costs, used the Munich Festival to report on the broadcast of the series, which is scheduled for autumn.

A new TV series based on a familiar film

Subscribers to the broadcaster Sky will be treated to the eight-part series in autumn. With Das Boot, Sky is attempting to gain a foothold in the local market, just as they tried to do with the hit German TV series Babylon Berlin. Producers in Munich said that the series is at an advantage thanks to branding that has already taken place: the Oscar-winning film of the same name (and the TV version) by Wolfgang Petersen from 1981 should be known to most viewers. 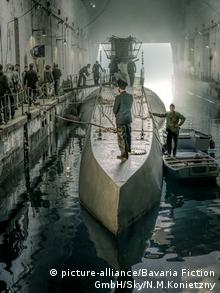 But don't count on it to be a sequel or remake of the old material, director Andreas Prochaska said in Munich. Simply "inspired" by the Petersen movie, the story told in the new film begins nine months after the cinematic events of the Petersen movie, in 1942. And it isn't set only inside the submarine.

The new Boot to appeal to a wider audience

"With a lot of sweaty men below deck," as the series' producer put it, the 1981 film was aimed too directly at male audiences. So the latest project got an upgrade, with two parallel narratives. One takes place on land with a female protagonist played by German-Luxembourgian actress Vicky Krieps, who was on hand in Munich to talk about the series.

It's not only the story and actors that are new; the TV series also has a new director, screenplay and production. But one element bridged the old and new Boot — the music. Klaus Doldinger, the composer of the music for the original Das Boot film, was on hand in Munich to wish the new production team the best of luck.

Many movie fans see Munich as Germany's true home of film. With the 2018 Munich Film Festival in full swing, we talked to Munich Film Museum director Stefan Drössler about great films set in the Bavarian capital. (29.06.2018)