"Das Boot" director Wolfgang Petersen reveals his biggest mistake and tells DW what shocked him about working with Dustin Hoffman. He also explains why his first comedy, "Four vs. the Bank," could only happen in Germany. 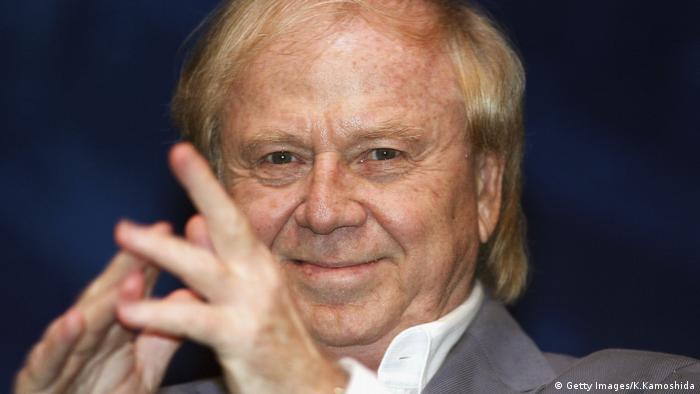 Wolfgang Petersen knows a thing or two about heroes. The 75-year-old filmmaker has made a career out of depicting a certain kind of Hollywood icon: the courageous outsider who does the right thing in the face of (seemingly) insurmountable odds.

With films like "In the Line of Fire," "Air Force One," "The Perfect Storm" and "Troy," Petersen has used iconic American stars - Clint Eastwood, Harrison Ford, George Clooney and Brad Pitt, among others - to tell stories with a clear moral compass. And, of course, with plenty of kick-ass action.

Petersen went to Hollywood in the early 1980s after his anti-war drama "Das Boot" - the tale of a German World War II submarine crew, based on the autobiographical novel by Lothar-Günther Buchheim - was nominated for six Oscars. But his love of the all-American movie hero goes back further to his childhood in northern Germany in the late 1940s, when Hollywood movies provided a both physical and moral escape from the wreckage of the Third Reich.

After 30 years in Hollywood, Petersen has returned to Germany to make "Four vs. The Bank," his first German film since "Das Boot" and his first-ever big screen comedy. The movie features Germany's biggest stars - Til Schweiger, Matthias Schweighöfer, Jan Josef Liefers and Michael "Bully" Herbig - as a mismatched quartet that has been screwed over by their bank and decide, as a sort of mini "Ocean's Eleven," to plan a robbery.

"Four vs. the Bank" opens in Germany Christmas Day. Wolfgang Petersen sat down with Scott Roxborough, host of DW's film show "KINO," to talk history, heroes, morality and the enduring magic of the movies. 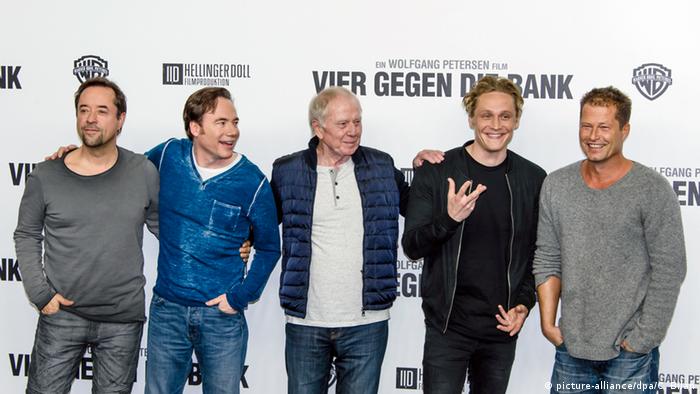 "Four vs. the Bank" opens in German cinemas on December 25

Wolfgang Petersen: Yes, there was one. When I was a child in the early 1950s in Germany, all these American films came to Germany after the war, and I was mesmerized by American films. My specialty was Westerns. My guy and my film was Gary Cooper in "High Noon."

I was impressed as a little boy to see that a man, who is afraid and is about to walk away when these three guys come out of jail to go after him and kill him, turns around and does it anyway.

I saw that sweat on his forehead when he is walking alone through the streets and I was impressed. I thought, that is a true hero: a man who is afraid but does it anyway. Not like someone who is not afraid, who just goes "bang!" That's the difference between John Wayne and Gary Cooper.

When you saw these movies in the 1950s in post-war Germany, was there a particular moral imperative behind the Westerns that you liked?

Well, yeah. It has very much to do with the situation in Germany after the war. We didn't learn about the situation under the Nazis. My parents never really talked about that. And for a kid at the age of 10 or 12, you want an answer. I had the feeling that everything in my world and in Germany around that time was unclear. There was no moral there; there was no understanding of why things happened.

In these films, there was clarity - especially in Westerns - about what is good and what is bad and about what you have to fight against and why. Clarity is important for a boy, and it was missing from the world around us.

Petersen's "The NeverEnding Story" was a hit in 1984

You mentioned Clint Eastwood. You've also worked with a whole list of the biggest stars in Hollywood: George Clooney, Brad Pitt, Harrison Ford. Who surprised you the most of the various stars the worked with?

I was very surprised about the insecurity of Dustin Hoffman. He's very much like a stage actor; he has always problems with very simple things like turning around and having a certain look on his face. You know, those typical movie star moments. He was very insecure about it. So with the "big Dustin Hoffman," I really had to take his hand and say, "look Dustin, I'll do it for you." I couldn't believe it. Here I was, acting something out for Dustin Hoffman.

There was always a little bit of a jealously because he knew that I'd originally wanted Harrison Ford for the part [in the film "Outbreak"]. And Harrison Ford, of course, does that in his sleep. He had these moments when he said, "I can't do this, Wolfgang!" And I'd say, What's the problem? You just turn around slowly and use your body language. And he'd go, "Yeah I know, Harrison Ford would do that in a second, right?"

I am very proud of "The Perfect Storm." That was a concept that was very difficult to get through the studio system because it was very expensive. It was the biggest storm ever shown. And the story - I mean six guys on the Andrea Gail boat, who, at the end, as we all know, die.

We got a lot of calls from people who said, "Wolfgang, don't be crazy. This can't work. This is a summer movie, a $150 million movie. And they all die at the end? Are you nuts? Can you at least have one, like Mark Wahlberg, survive at the end?" But we did it. Terry Semel [then chairman of Warner Bros.] said, "Don't change a thing, Wolfgang."

What I probably should not have done is the film "Poseidon." I was on a roll at that time. "In the Line of Fire," "Outbreak," "Air Force One," "Perfect Storm," "Troy" - I didn all these films in a row, and each one was more successful than the one before. Five in a row. So they said, "Wolfgang can do anything. Just give him all the money, we'll be fine." But it wasn't. I shouldn't have done it, because it just doesn't work like that. At some point you fail.

So now you know. You are the first to know. I haven't told anybody that before.

Your new film, "Four vs. the Bank," is your first film shot here in Germany in 30 years. How did that happen?

I always wanted to do a comedy. But I was very apprehensive because comedy is very much about dialogue. My English is OK, but I was not secure enough to do it with an American film. My wife said something about remaking "Four Vs. The Bank," a TV movie I did in 1976. And I thought, wow, that's a good idea!

The film is a comedy and straight-up entertainment but it also has political relevance. The back story is about the finance crash and what it did to ordinary people. How important is that sort of realism for you when you make a movie?

I think it makes it so much more fun. The comedy doesn't just come out of thin air if it has to do with something what everyone can relate to. Everybody has some kind of issue with banks, right?

In my old film in 1976, these four people were rich. They lost their money because of financial problems and then they want to rob the bank to get their money back. So it was the concept of rich people losing their money and we as an audience have to sit there and hope that they get rich again.

You cannot do that anymore today. Here you have four guys who all have their dreams. They saved money in order to better their lives and all of a sudden that bank does bad things and screws them. So they say, OK, now we have to get our money back out of revenge. The bank is the bad guy.  That's a concept that works today. 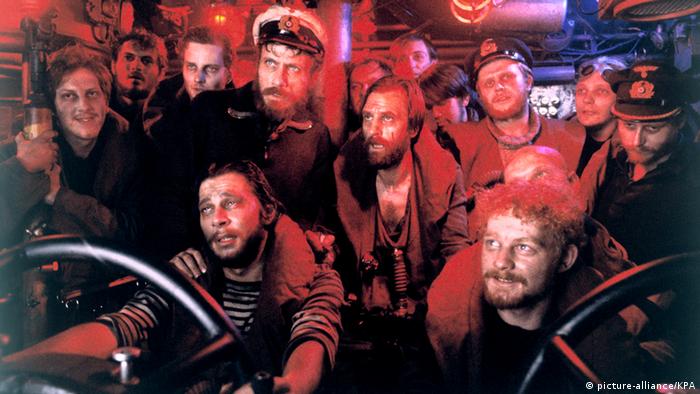 We have to talk about "Das Boot," the movie that made you famous. Do you think it is still your most important film?

Oh yeah, definitely. So many directors have their one film. It's the one that changed everything for you and the one people will talk about forever. I am lucky enough that I have that film.

What was it about "Das Boot" that made it special?

First of all, I think for the world to be forced to relate to or even identify with Nazis in a submarine was quite an unusual thing, and the film managed that in the end. In the beginning, when the film was first screened in Los Angeles, it read on the screen, "Of 40,000 German submariners, 30,000 died." There was a big applause. They thought it was good that they died. At the end of the film, after two and a half hours, they all clapped and there was a standing ovation. The film turned this hostile audience around. That is a quality of the film to show that war is war and young people die for horrible reasons.

And of course the film was done in a very realistic way. You really felt that war is hell - especially submarine warfare, where they felt like sardines. The claustrophobia in the film was there.

And then there's the focus we brought on these characters inside, the captain and all these people. Even in the most horrible situation, something beautiful can happen: They were brought really close together. They would die for each other. That is a good lesson that even in the worst, most horrible situation, something beautiful and human can happen. And that goes way beyond being German, American, or English. It's universal.

A surprise hit about a father-daughter relationship has been selected to compete with eight other finalists for an Academy Award nomination. Maren Ade's dark comedy is riding a wave of award wins. (16.12.2016)