Chinese rights activists stopped from visiting dying family members | Asia | An in-depth look at news from across the continent | DW | 13.01.2022

Beijing has long prevented dissidents from visiting loved ones who are critically ill. Rights defenders say the policy is "unusually cruel." One activist even vanished after attempting to visit his dying wife in the US. 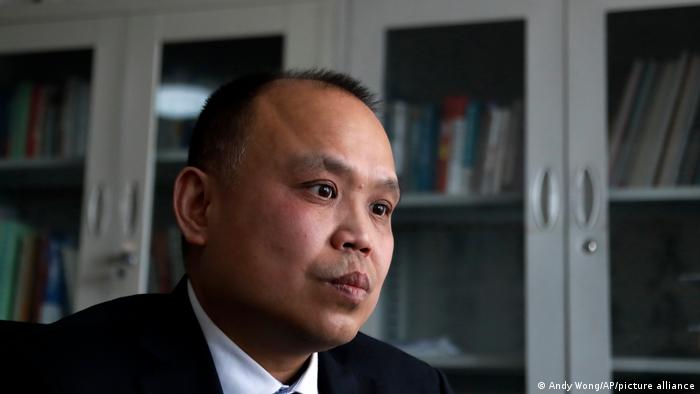 For 15 years, Zhang Qing raised her children alone in the United States as her husband, Chinese human rights activist Yang Maodong, who also goes by his pen name Guo Feixiong, went in and out of detention for exposing local corruption in China.

In January 2021, Zhang was diagnosed with late-stage colon cancer, and Yang wrote an open letter to Chinese authorities, begging them to let him fly to the US to be with his wife.

When Yang attempted to leave China, he was stopped at the airport in Shanghai by customs officers who claimed the activist was endangering national security. Yang staged a hunger strike in protest, but authorities still didn't let him leave China.

In November 2021, Zhang's condition deteriorated, and doctors found that the cancer had spread throughout her body. Thinking she may be close to the end of her life, Zhang published an open letter, asking to be reunited with her husband.

"My life is coming to an end, I am desperate, when can I see my husband? Yang Maodong, please come over quickly," she wrote. 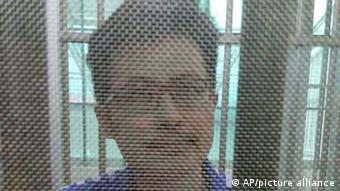 Yang then wrote another open letter to Chinese Premier Li Keqiang in November 2021, pleading with Beijing to let him travel to the US and look after his wife.

When he tried to head for the US again in early December, he was allegedly taken away by police. Before he lost contact with the outside world, Yang texted his friend, saying "I’ve been caught."

No one has heard from him since. On January 10, Zhang died, and her husband's whereabouts remain unknown.

Many human rights activists expressed anger over the Chinese government's actions to block Yang from being reunited with his wife before she died.

"Yang is still in a state of forced disappearance by the Chinese Communist Party, which had promised to let him go to the United States when Zhang Qing was critically ill," wrote exiled Chinese human rights lawyer Chen Guangcheng.

Geng He, the wife of disappeared Chinese human rights lawyer Gao Zhisheng, fled to the US together with Zhang, as their husbands were being targeted by authorities in China.

"As we experience the same fate, I can personally feel Zhang's despair of not being able to see her husband at the end of her life," she wrote on Twitter.

DW made several calls to the Ministry of Public Security in China to inquire about Yang's whereabouts but received no response.

Yang's story is not an isolated incident. Chinese human rights lawyer Yu Wensheng, who is currently serving a four-year jail sentence, was also banned from leaving prison to see his dying father.

Yu's wife, Xu Yan, told DW that she and Yu's brother called the Nanjing prison, where Yu is serving his sentence, several times to ask the authorities to let Yu leave the prison to visit his father.

However, authorities claimed that since Yu's father isn't in Nanjing city, they could not approve the request. After repeated attempts, Xu said the prison stopped responding to their requests.

"For many human rights defenders, preventing them from seeing their critically ill family members one last time is more stressful than being arrested and detained," she said.

"This is extremely damaging to human rights defenders, who have lost their freedom, and to their families. Everyone may only have one chance to say goodbye to their families. So it is a great pity that my husband has been deprived of this right."

According to China's prison law, jails may arrange for inmates to leave to visit their families if there are unexpected emergencies at home. Generally, they are allowed to visit home for three to five days.

Exiled Tiananmen student leader Wang Dan knows these Chinese dissidents' pain all too well. His mother passed away last month after complications from a stroke. Since he was blacklisted by the Chinese government, Wang was unable to return to China and visit his mother.

"My mother’s greatest wish was to spend her last years with her son by her side but she didn't live long enough to see the day [I could return to China]," he wrote in an obituary on his Facebook page.

According to Wang, the Chinese government has been banning exiled activists from returning to China to visit their dying family members for decades. Several former Tiananmen student activists faced the same difficulty over the years.

"This is a long-standing practice and a dehumanizing policy of not allowing exiled activists to return to their countries for their family members' funerals," he told DW.

According to her, the purpose of these moves is to deter activists and use them as an example to spread a chilling effect among the human rights community.

"What Yu Wensheng is facing now is a warning to other dissidents, and I think it's a very effective strategy," she told DW. "The authorities want these activists to know that their family members could be affected by their activism. It is unusually cruel for them to exploit activists’ family relationships to crack down on them."

Over the years, foreign governments have repeatedly issued statements condemning the Chinese government's crackdown on human rights activists. In recent months, several countries have launched a diplomatic boycott of the 2022 Beijing Winter Olympics.

Last month, the Chinese Foreign Ministry warned that countries who decide to diplomatically boycott the Beijing Olympics will pay a price for "wrongdoing."

"Chinese human rights defenders often engage in these movements not for the sake of gaining benefits, but for the sake of values, so support from the outside world is very important to them," she said.