Xi Jinping has called for a world without nuclear weapons in his address at the World Economic Forum. The Chinese president also spoke out in favor of a multilateral world based on equality among big and small countries. 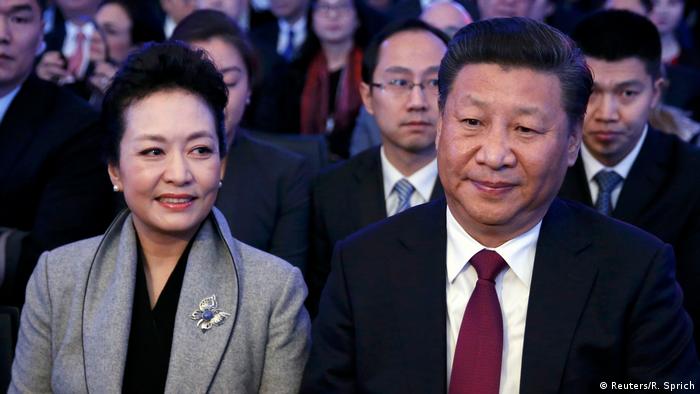 In a landmark address in Davos on Wednesday, Xi held a speech to campaign for nuclear disarmament and a global governance system based on equality among countries. "Nuclear weapons should be completely prohibited and destroyed over time to make the world free of them," he said in a 45-minute-long address.

"We should reject dominance by one or several countries," he said, adding that big countries needed to treat their smaller counterparts as equals "instead of acting as a hegemon."

"Sovereign equality is the most important rule," he continued.

Speaking about his own country, Xi said, "we always put people's rights and interests above everything else and we have worked hard to develop and uphold human rights...China will never seek expansion, hegemony or sphere of influence."

China has been accused of abusing human rights and stifling dissent among its dissidents. It has also been accused by its neighbors of having expansionist ambitions in the South China Sea.

A new model for international relations 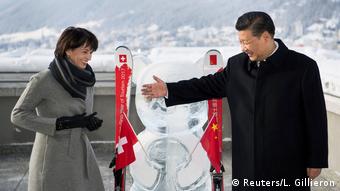 Xi also said his country would build a new model for relations with the United States, partnership with Russia and cooperation for peace, growth and reform among different civilizations. He said the international community needed to cooperate rather than compete on new frontiers like the deep sea, the Polar Regions and outer space.

However, the Chinese leader did not mention US President-Elect Donald Trump, who has emphasized the expansion of nuclear capability "until such time as the world comes to its senses regarding nukes." Trump has also criticized China, accusing it of exploiting the US economically.

Xi also called for unity on climate change, saying, "The Paris agreement is a milestone in the history of climate governance. We must ensure this endeavor is not derailed...China will continue to take steps to tackle climate change and fully honor its obligations." China is experiencing severe air pollution and is desperately taking up measures to improve air quality in its cities.

Davos: The common ground of Trump and Xi

Donald Trump is dominating the World Economic Forum - and he's not even there. It has been up to Chinese President Xi Jinping to relax the atmosphere. (17.01.2017)