China's President Xi Jinping is making the first visit by a Chinese head of state to the Czech Republic. He was greeted on arrival by well-wishers - but also a number of pro-Tibetan protesters. 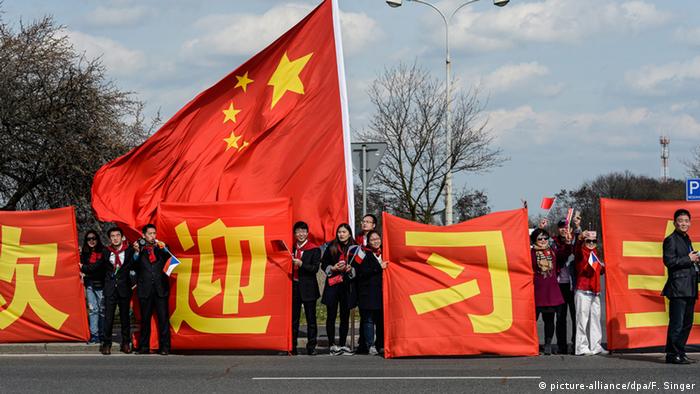 The Chinese president arrived in the Czech Republic on Monday for a historic 48-hour visit aimed at boosting economic and political ties.

Shortly after his arrival, dozens of pro-Tibetan demonstrators scuffled with pro-Beijing supporters along the road leading from the airport leading to downtown Prague. The pro-Tibetan protesters also put up a giant picture of the Tibetan spiritual leader, the Dalai Lama, with the late Czech President Vaclav Havel in a park next to the road.

The Czech news agency CTK reported that heated arguments broke out when supporters of Xi covered up the picture with giant Chinese flags. 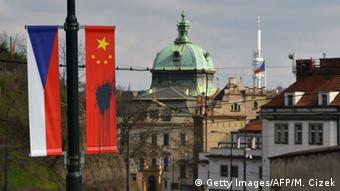 Police said they detained a dozen activists for replacing Chinese national flags hung along the road with Tibetan flags.

China's policy on Tibet, which it has ruled since 1951, is often criticized by human rights activists. Beijing, however, says it has brought economic development to the Himalayan region, and accuses the Dalai Lama of fomenting separatism and violence in his homeland.

After his arrival, the Chinese leader met with Czech President Milos Zeman at the latter's official residence just outside Prague, with the two leaders planting a ginkgo biloba tree, according to CTK.

Zeman, who has adopted a more pro-business approach to China than Havel, hailed Xi's visit as a "new start" in Prague's relations with Beijing.

"It's a new start since we used to have terrible relations with China, and the previous government gave in to pressure from the United States and the EU," Zeman told China's CCTV channel in an interview quoted on Monday by CTK. 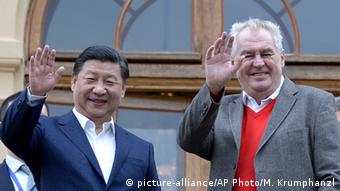 He said China could invest up to 45 billion koruna (1.66 billion euros/$1.86 billion) in the Czech Republic.

Zeman's remarks to the Chinese broadcaster came under fire from the opposition, with Miroslav Kalousek, chairman of the TOP 09 conservative party, calling them "repulsive." Kalousek said they ran counter to the country's long-term foreign policy as a member of the EU and NATO, and that Zeman was "bootlicking authoritarian and unfree regimes."

Zeman was the only EU head of state who attended a military parade in Beijing in September last year that commemorated Japan's surrender at the end of World War II.

In Prague, Xi is expected to sign an agreement on a strategic partnership between the two countries and back a series of business deals, before traveling on to the United States to attend a nuclear security summit that begins on March 31.

The UN human rights chief has criticized the country's "systematic" practice of detaining migrants for up to 90 days under harsh conditions. The Czech president has dismissed the criticism. (22.10.2015)