Patriotic posts have been uploaded from some of the music industry's biggest stars in the region. They are seen as a show of support for China against the demonstrators in Hong Kong. 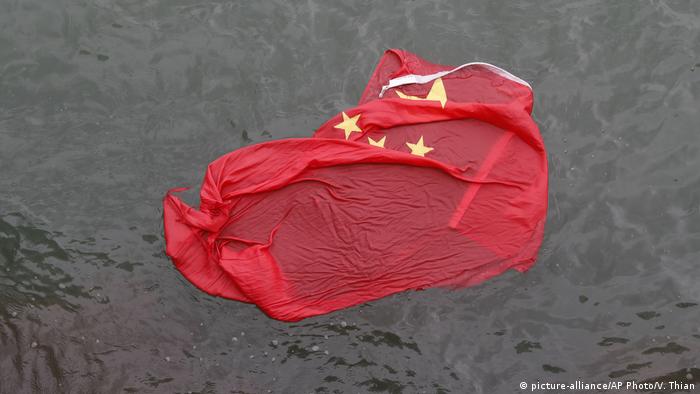 The sight of a Chinese flag floating in the water sparked a social media response, most notably from a number of pop stars

Eight pop stars from mainland China, and one each from Taiwan and Hong Kong, have come out publicly in support of Beijing over the recent disputes in Hong Kong.

Many of the comments came in response to the removal of a Chinese flag that was subsequently thrown into Victoria Harbor at the beginning of the month. Protesters are frustrated over China's growing influence on semiautonomous Hong Kong, where residents enjoy greater levels of freedom than those of the mainland.

K-pop singers Lay Zhang, Jackson Wang, Lai Kuan-lin and Victoria Song were among those who posted a Chinese flag on their official Weibo accounts and announced they were "one of 1.4 billion guardians of the Chinese flag." Wang is from Hong Kong and Lai is from Taiwan. Weibo is one of China's biggest social media platforms and often referred to as the country's version of Twitter.

One view on the recent spate of patriotic posts from the music stars is that it is an illustration of how celebrities and companies are pressured into following Chinese policy, or seeing it as a marketing ploy. Erika Ng, a 26-year-old Hong Kong fan of Jackson Wang, told AP she was not surprised. She said Wang "values the China market more than the Hong Kong market" because of his large presence there.

However, there has also been an increase in patriotism among young Chinese in recent years, enhanced by the febrile nature of the recent political fallout. 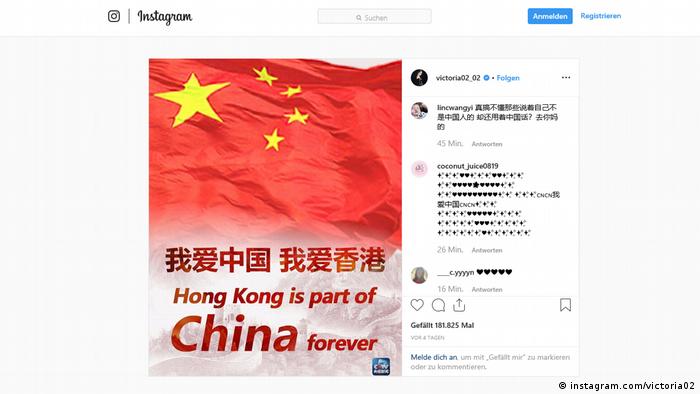 Both Song and Zhang, a vocalist in the Chinese-Korean pop group EXO, have shown their national pride on Instagram. Song uploaded an image of the Chinese flag last week stating "Hong Kong is part of China forever."

Such posts can only be viewed by their international fans because Instagram, like many other non-Chinese social media, is blocked by the Chinese government.

Two sides to every record

There are pop stars on both sides of the political divide, though, as Cantopop singer Denise Ho ably demonstrates. She was successful in the Chinese market until she joined Hong Kong's pro-democracy movement.

Five years ago, she made a decision that would ban her music from the lucrative Chinese market, costing her a fortune. Since then, Ho has become one of the most famous faces of Hong Kong's uprising.