The "Zhurong" rover was transported to Mars on the Tianwen-1 orbiter, which reached the Red Planet in February. China is now the second country after the US to successfully land a spacecraft on Mars. 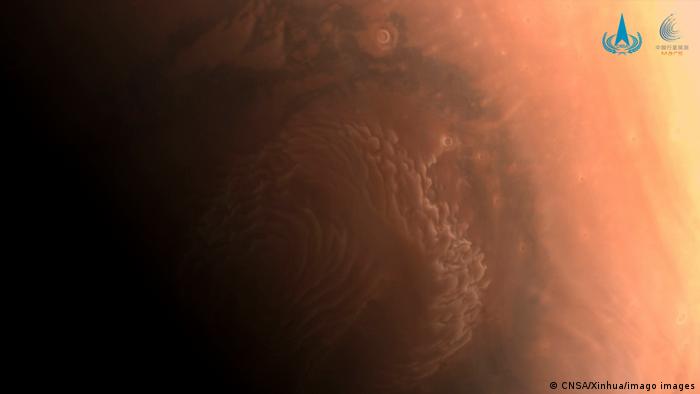 It landed at a site on the Southern Utopia Plain, "leaving a Chinese footprint on Mars for the first time," the Xinhua news agency said.

The landing is a major advancement for China's space program, which has been increasing its ambitions over the past year.

The successful landing of the unmanned spacecraft makes China the second country after the United States to achieve this feat.

Named after the Chinese god of fire, the Zhurong rover weighs approximately 240 kilograms (529 pounds). It has six wheels and four solar panels and is capable of moving on the surface of Mars at a speeds of up to 200 meters (656 feet) per hour. 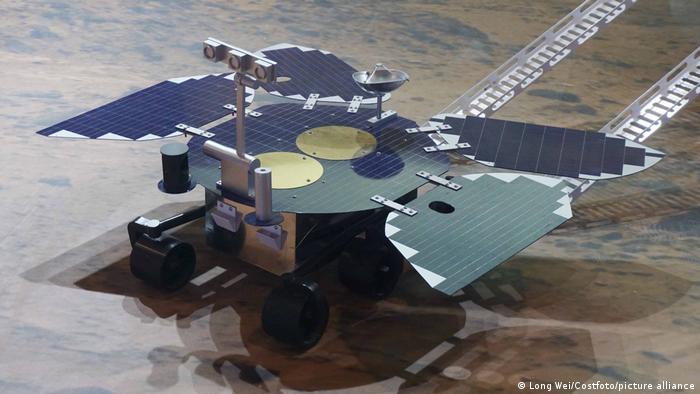 According to plans, the rover will stay in the lander and run diagnostic tests for a few days, before rolling down to the surface of Mars to explore an icy area known as "Utopia Planitia."

The rover was transported to Mars on the Tianwen-1 orbiter, which took off from the Chinese island of Hainan in July last year. It was launched by the powerful Long March 5 rocket.

After over six months in transit, it reached the Red Planet's orbit in February.

China's Mars landing comes nearly a month after the launch of the main section of what will be a permanent space station. Late last year, a Chinese mission brought back rocks from the moon.

However, landing on Mars poses a more difficult challenge, as the planet has its own atmosphere, unlike the moon.

The lander was able to complete what is called the "seven minutes of terror," which is a treacherous descent through the Martian atmosphere using a parachute.

The US has completed nine successful Mars landings since 1976. The Soviet Union landed on Mars in 1971, but the mission failed after the spacecraft stopped transmitting information after touchdown.

NASA's "Perseverance" rover and "Ingenuity" helicopter are currently exploring Mars after a successful landing in February.