China′s Wuhan remembers coronavirus lockdown | Asia| An in-depth look at news from across the continent | DW | 22.01.2021

One year after the world's first COVID-19 outbreak in Wuhan brought life to a standstill, streets and cafés are full and people are at work. Elsewhere in China, authorities continue to battle the virus. 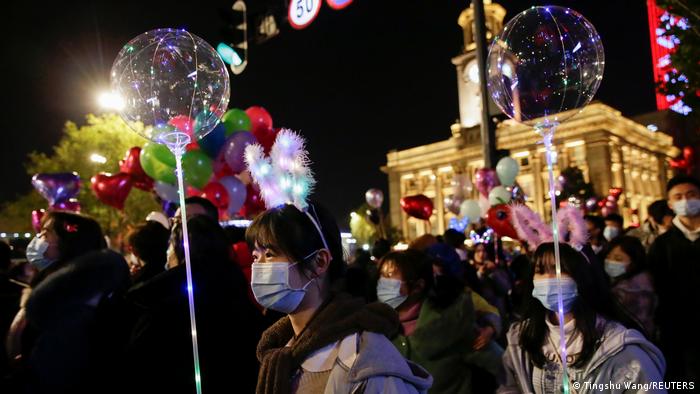 Life is pretty much back to normal in Wuhan

On January 23, 2020, after the coronavirus began to spread out of control in the central Chinese city of Wuhan, authorities imposed a total lockdown affecting over 11 million people, and cut off all travel in and out of the city.

The lockdown would last 76 days, and the tough measures Chinese authorities took to contain the virus drew both criticism as being too draconian and praise for stopping the spread.

Sitting in a busy café in Wuhan, Zhang Qiang describes his experience during the lockdown in his hometown. He sounds like he is talking about memories from the distant past.

"On the night of January 22, I woke up randomly in the middle of the night. I looked at my phone and saw a message that the city would be completely sealed off by 10 a.m.," he said, adding he was lucky enough to catch the last train out of Wuhan to a smaller city in the area.

However, the lockdown there was just as strict. "I couldn't even leave the house because the door was locked shut," he told DW.

One year ago, the coronavirus had yet to be detected outside of Asia, and Wuhan was considered the epicenter of the outbreak.

After trying to conceal the full extent of the growing epidemic, local authorities imposed a drastic lockdown on January 23. Buses and subways were stopped. All highways in and out of the city were completely closed. Most Wuhan residents didn't leave their homes for three months.

"Since it was the Chinese New Year at that time, we had already stocked up on plenty of food. But for three months I had practically no income," a taxi driver told DW. "But money wasn't the most important thing back then, it was that we stay healthy," he added. 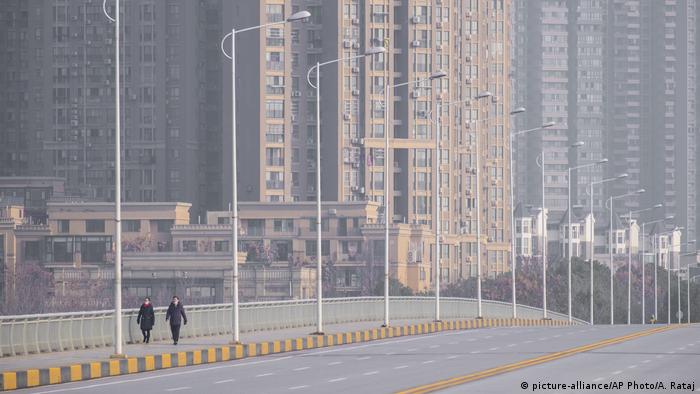 The lockdown in Wuhan lasted 76 days

A full recovery for Wuhan?

A year later, the coronavirus pandemic continues to impact countries around the world. With cases and deaths rising, and many European countries under some form of lockdown.

However, Wuhan has been considered for months as one of the most coronavirus-secure areas anywhere the world. It is a stark contrast to the video images of January 2020, which depicted exhausted physicians and body bags lining hospital corridors.

Wuhan's residents now enjoy strolling through the Jianghan shopping street, attending live concerts and flying kites along the Yangtze river. Only the masked faces serve as a reminder of the pandemic.

China has lauded its pandemic response, particularly in Wuhan, as a "heroic" victory. A short drive north of the city center, an exhibition hall now features a large exhibit honoring China's fight against coronavirus.

The exhibit portrays the Communist Party, led by President Xi Jinping, as the savior of the Chinese people.

Information boards claim that the fight against coronavirus was initiated "at the earliest possible time," adding that "the strategic success" is credited to the "strong leadership of the Chinese Communist Party and the significant advantages of the socialist system."

The exhibit doesn't mention the fact that a wide body of evidence shows that Beijing tried to cover up the outbreak at the beginning, for example, by destroying virus samples, and muzzling whistleblowers.

Despite this declaration of victory in Wuhan, COVID case numbers have started to rise again elsewhere in China.

Three-digit infection numbers are being reported by authorities mostly in China's northern Hebei province surrounding Beijing, and parts of Heliongjiang in the northeast. Isolated cases have also been reported in Beijing and Shanghai.

Compared with daily case numbers in the tens of thousands in Europe, and hundreds of thousands in the US, China's current numbers are very low. However, they are the highest that have been reported since the summer, and authorities are taking the risk of a new breakout very seriously.

A lockdown was ordered for Hebei's capital, Shijiazhuang, which has a population of 11 million. Several neighborhoods in Shanghai and Beijing are also under lockdown orders.

Long lines were seen throughout the center of Beijing on Friday as part of a mass-testing campaign, which is a central part of containing new outbreaks.

Between Friday and Saturday, authorities plan to test around 2 million people in Beijing's central Dongcheng and Xicheng districts.

However, there doesn't seem to be widespread fear of a second wave against disrupting life in the Chinese capital.

Although masks are worn everywhere and neighborhood committees fence off stores and entrances with checkpoints, life largely feels like it has returned to normal.

The cocktail bars and restaurants in the chic shopping and nightlife district Sanlitun are full of people enjoying a Friday evening.

Wuhan: Art during a pandemic