A maglev or magnetic-levitation train hovers above the track and uses electromagnetic force to propel itself forward at groundbreaking speed. 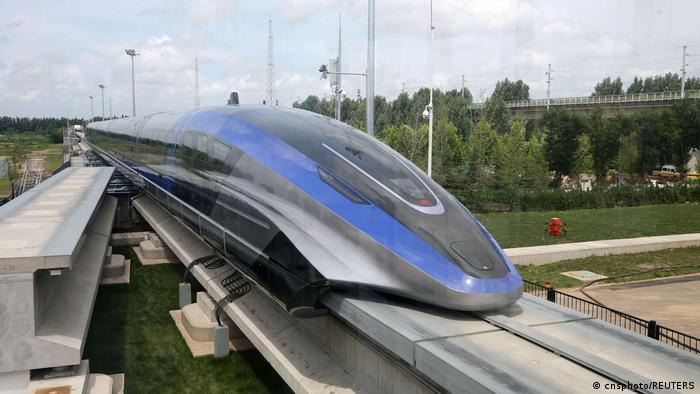 A high-speed maglev train, capable of a top speed of 600 kph, is pictured in Qingdao, Shandong province

State-owned China Railway Rolling Stock Corporation billed the achievement as one that makes the country a "transport superpower."

The train is capable of a top speed of around 372 miles/hour (600 kilometers/per hour). At this speed, it would take only 2.5 hours to travel from Beijing to Shanghai, a journey more than 620 miles (1000 kilometers).

The journey would otherwise take 3 hours by plane and 5.5 hours by a high-speed rail.

How does the train work?

The maglev train "levitates" above the track with no contact between body and rail.

Electromagnets thrust the train body above the track and push it forward. Because there is no friction, the train is able to move at speeds much faster than conventional ones. 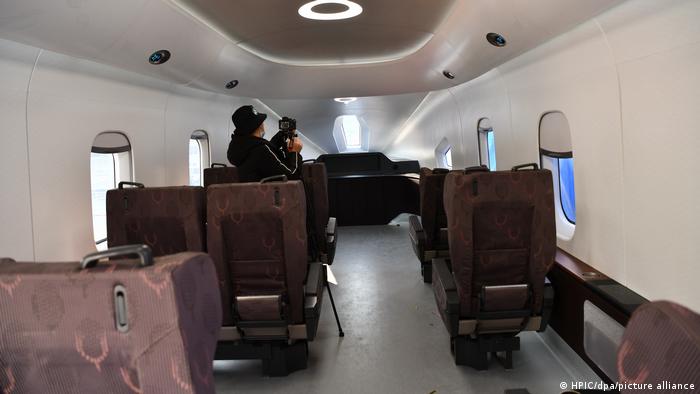 A prototype for the new high-speed maglev train, January 2021

Engineers spent many years developing the lightweight body before putting the maglev train on track for production.

China has been using the technology for almost two decades, though on a very limited scale. Cities like Shanghai and Chengu have started to conduct research to make use of high-speed lines.

When will the train assume service?

The chief engineer of China Railway Rolling Stock corporation, which developed the train in the coastal city of Qingdao, said in January the train would go into service in five to ten years, independent newspaper South Morning China Post reported.

Though it is one of the fastest vehicles globally, a maglev train developed by Japan had achieved similar speeds on an experimental track in 2015.