Japan's maglev train has set a new world speed record of 603 kilometers per hour (375 mph). It is the second time in a week the state-of-the-art train has broken its own record. 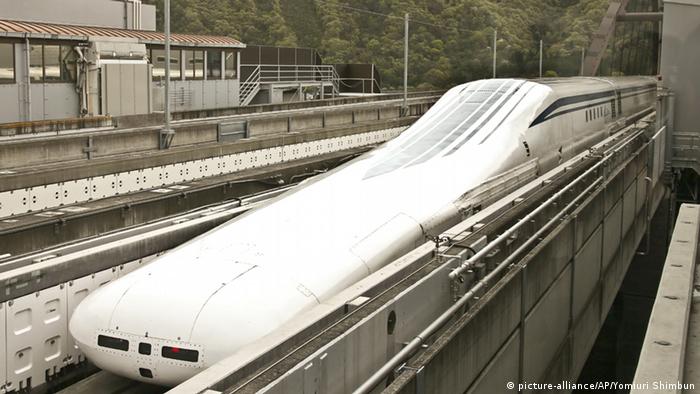 In a test run on Tuesday near Japan's Mount Fuji, the maglev ("magnetic levitation") high speed train reached a top speed of 603 kilometers per hour and traveled for 11 seconds at a speed of over 600 kph.

The previous record of 590 kph had been set by the same train operated by Central Japan Railway Co on Thursday.

Unlike conventional trains, which use wheels to glide smoothly along the rails, the maglev makes use of electrically charged magnets to hover around 10 centimeters (4 inches) above the tracks.

The Central Japan Railway Co started construction on a route connecting Tokyo and Nagoya in December and hopes to be finished by 2027. The company also has planes for a route between Tokyo and Osaka by 2045.

Japanese Prime Minister Shinzo Abe is traveling to the US at the weekend, hoping to promote Japan's magnetic high-speed trains - also known as shinkansen in Japan - as part of efforts to revive the stalling Japanese economy.