Japan to start work on first long-distance maglev line | Asia| An in-depth look at news from across the continent | DW | 26.08.2014

New technology will slash travelling time from Tokyo to Nagoya from 90 minutes by conventional bullet train to just 40 minutes. And Japan has high hopes for its world-leading technology as an export. 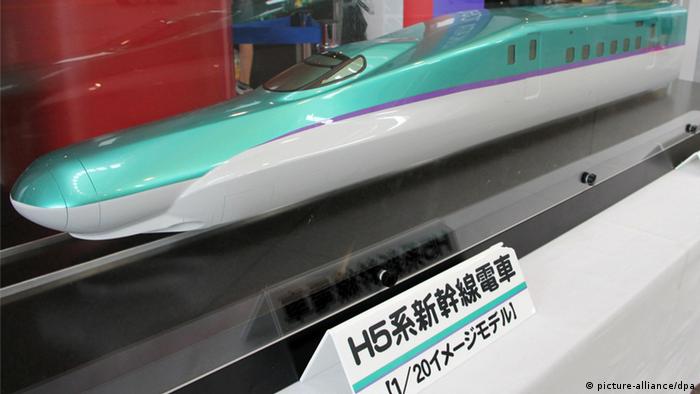 The sight of a sleek bullet train cutting a swathe through the Japanese countryside became one of the symbols of this nation's technical prowess and regeneration after the difficult years immediately after the end of World War II.

And while the "shinkansen" will mark 50 years of operations on October 1, one of the railway companies that has operated the train that has repeatedly set benchmarks for speed, comfort and reliability is looking to the future and a whole different form of high-speed, mass-transit vehicles.

Central Japan Railway Co., which is more commonly known as JR Tokai, has announced that it will break ground on a line for a magnetically levitated train between Tokyo and Nagoya in September. Considered the next-generation of long-distance, mass-transit vehicles, the maglev uses magnetic pulses to propel the carriages, doing away with the need for wheels, axles and bearings.

The reduction in the number of parts that come into contact with the track gives the maglev dramatically less friction, providing a smoother and quieter ride at a faster speed.

Maglev projects have been put into operation previously - Shanghai put its Transrapid system into operation in 2004 and similar vehicles are used at airports in South Korea and Beijing - although Japan is regarded as the world leader in the technology and nothing on the scale of the Tokyo-Nagoya route has ever before been attempted before. 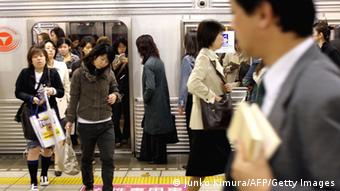 Hundreds of thousands of Japanese use trains to commute

"The section between Shinagawa Station in Tokyo and Nagoya is the first part of the project and we are hoping to have that portion completed by 2027," a spokesman for the company told DW.

"At the moment, by conventional bullet train, that journey takes around 90 minutes, but the maglev will reduce that to just 40 minutes."

"Once we have achieved that, the plan is to continue to the track to Osaka by 2045," he added. With the maglev touching speeds of 500 kilometers (310 miles) per hour, that journey will be reduced to an hour.

JR Tokai points out that the new service will also be effectively faster than even flying between Japan's two main cities, when the journey to and from airports is factored in, as well as waiting times.

"In addition, the amount of CO2 emissions that the superconducting maglev produces when carrying one person between Tokyo and Osaka is approximately one-third that of airplanes," the company said in a statement.

When hundreds of millions of Chinese hit the road for New Year festivities, it sets off the world's largest mass migration and puts the country's travel infrastructure to the severest of tests. (04.02.2013)

Hiroshi Hoketsu from Japan qualified for the dressage event at the Summer Olympics in London. The 71-year-old is the oldest Olympic contestant and trains in Germany. (10.07.2012)

JR Tokai is preparing to present a final environmental impact assessment study to the Ministry of Land, Infrastructure, Transport and Tourism, as well as local communities along the route, although it has done its homework in advance and no official objections are expected.

Local residents may have more reason for concern, although JR Tokai emphasizes that fully 86 percent of the 286-km Linear Chuo Shinkansen will be underground. That, however, generates another problem; how to dispose of an estimated 56.8 million cubic meters of soil excavated for the tunnels along the route.

Those issues will be overcome, the company insists, and experts say the entire project - which is expected to cost an eye-watering 8.44 trillion yuan (61.5 billion euros) - is important for Japan's technological and economic future.

"This is a very good example of Japanese technology and expertise and it is important that Japan retains this lead in magnetically levitated technology in the future," said Yoshitsugu Hayashi, a professor of railway transportation systems at Nagoya University.

"This is the first project of its kind in the world and Japanese companies are already the world-leaders in this sector," he added. "It is important that we protect our lead in this area as Japan has already been caught up by our competitors in sectors such as electronic appliances and cars."

And the system has already caught the attention of potential clients in other parts of the world.

The Japanese government is pushing ahead with a plan to construct a maglev system in the United States, where it would link the cities of Washington DC and Baltimore in a mere 15 minutes.

The 60-km journey presently takes one hour by conventional rail link and the Japanese government and JR Tokai hope to use the project to showcase the technology.

Tokyo is so keen to use the Washington-Baltimore route as a demonstration of its high-speed magnetic levitation train system that it has offered to pay half the estimated 8 billion USD (6.1 billion euros) cost of constructing the tracks.

Eventually, a 729-km track linking the US capital with Boston will be constructed. 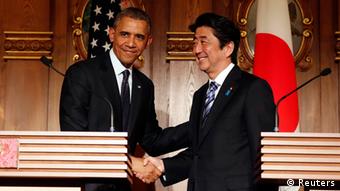 The proposal for the maglev route was first put forward by Prime Minister Shinzo Abe during talks with President Barack Obama in February and interest is increasing among states in the north-east of the US, according to JR Tokai.

To drum up further interest among other countries considering long-distance rail projects - Russia, India, China, Brazil and Canada are all reportedly looking at a new generation of rapid-transit systems - JR Tokai unveiled its maglev carriages in late 2012.

The front car of the Series L0 maglev measures nearly 28 meters long - of which 15 meters forms an aerodynamic nose section - and is fitted with 24 seats. A full 16-carriage train will be able to carry 1,000 passengers.

"Through the test runs, we will make final checks to ensure that commercial services are comfortable," Yasukazu Endo, the head of the development centre, told local media at the unveiling.