A report by a Chinese human rights organization has called out the US for its history of military interventions. The accusation continues an ongoing tit-for-tat between the two major powers. 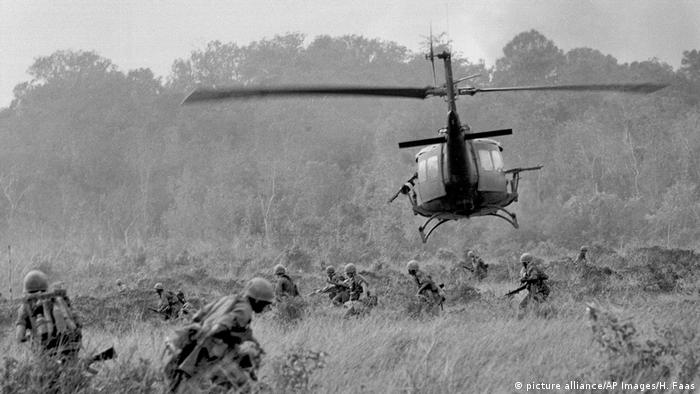 Beijing has accused the US of causing humanitarian disasters through military intervention and proxy wars around the globe in a report by the Chinese state-backed human rights organization, published by Xinhua on Friday.

The report by the China Society for Human Rights Studies (CSHRS) lambasted US aggression and hegemony and rejected the US claim of "humanitarian intervention" behind its involvement in other countries' affairs.

The report claimed that US foreign action had "not only cost the belligerent parties a large number of military lives but also caused extremely serious civilian casualties and property damage, leading to horrific humanitarian disasters."

Friday's report comes as relations between China and the US remain tense over issues ranging from Taiwan's independence to the Chinese treatment of its Uyghur Muslim minority.

The report cited a list of wars and armed conflicts in which the US has been involved.

"From the end of World War II in 1945 to 2001, among the 248 armed conflicts that occurred in 153 regions of the world, 201 were initiated by the United States, accounting for 81 percent of the total number," the CSHRS explained.

The report made clear that China sees US aggression as the main cause of humanitarian disasters.

"Choosing to use force irrespective of the consequences reveals the hegemonic aspirations of the United States … Only by discarding the hegemonic thinking, which is chiefly motivated by self-interest, can we prevent humanitarian intervention from becoming humanitarian disasters," the report stated.

China's criticism over US intervention follows comments by the US that Chinese authorities in Xinjiang have been carrying out what amounts to genocide of the country's minority Muslim population.

The US has also blasted China over its crackdown in Hong Kong and has been shoring up support among China's neighbors to act as a bulwark against Chinese ambitions in the South China sea.

A March meeting between Chinese officials and US Secretary of State Antony Blinken and Defense Secretary Lloyd Austin was mired by a barbed exchange, in apparent response to US sanctions against Chinese and Hong Kong officials.