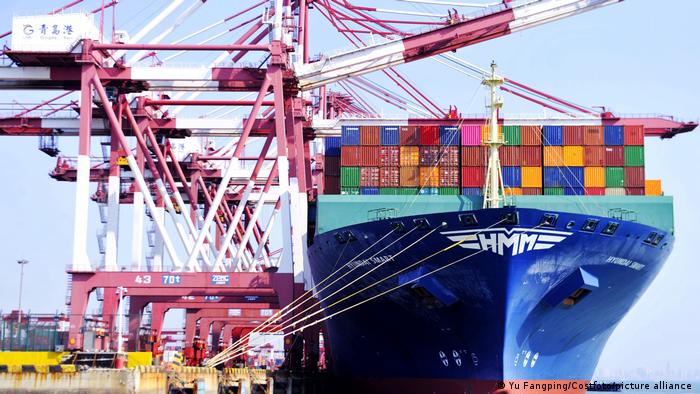 Chinese Premier Li Keqiang, announced on Friday that the country had set a GDP target of more than 6% for 2021.

"In setting this target, we have taken into account economic recovery," said Li at the National People's Congress, China's annual parliamentary event.

Beijing aims to achieve the goal through a focus on clean industry and technology.

China had not set a GDP target last year owing to uncertainties from the COVID-19 pandemic. It was the only major economy last year to report a positive growth, with an expansion of 2.3%.

The government set a target of about 3% for consumer price inflation this year, and a budget deficit target of 3.2%. It has also pledged to create over 11 million new jobs in cities in 2021.

Along with stable economic growth, China is also seeking political stability. Li added that China was "committed" to promoting peaceful growth of relations across the Taiwan strait and would deter any "separatist" activity in Taiwan.

Li iterated that China stood by the "One China" principle, which counts Taiwan as part of China.

"We will promote exchanges, cooperation and integrated development across the Taiwan Strait. Together we can shape a bright future of rejuvenation for our great nation," he said.

Another focus at the parliamentary conference was Hong Kong. Li iterated that China would "resolutely guard against and deter" interference by external forces in the matters of Hong Kong.

To this end, the assembly will debate on a decision to "improve" Hong Kong's electoral system during this annual session, that is set to enter March 11.

Meanwhile, Beijing plans an overhaul of Hong Kong's electoral system and has deferred elections for the legislature to next year, according to local media citing unnamed sources. This decision will lead to a potential situation where only "patriots" are elected to govern Hong Kong.

Zhang Yesui, spokesman for the National People's Congress, said that Beijing had the constitutional power to "improve' the city's system. China is also looking to improve systems that can implement law and enforcement to guard national security in the city.

Defense spending is set to increase by 6.8%, Li said. This is slightly more than last year and the sixth consecutive year of single-digit defense spending.

China would strengthen its armed forces through "reform science and technology, and the training of capable personnel."

"We will boost military training and preparedness across the board, make overall plans for responding to security risks in all areas and for all situations, and enhance the military's strategic capacity to protect the sovereignty, security and development interests of our country," Li said.

What to expect from China's National People's Congress