China sentences another Canadian to death on drug charges

Ye Jianhui was found guilty of manufacturing and trafficking hundreds of kilograms of the party-drug MDMA. China has increasingly handed out death sentences to Canadians amid souring diplomatic ties. 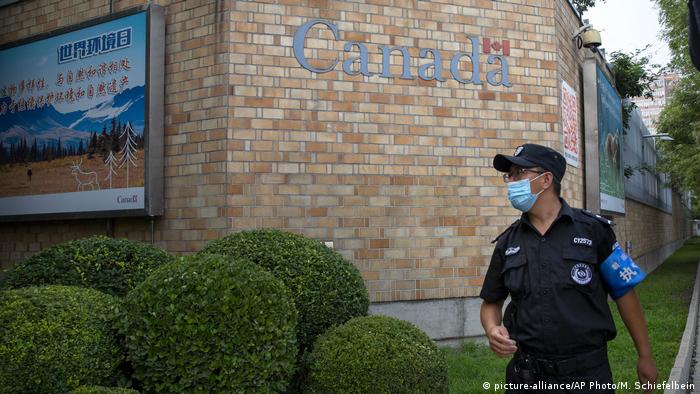 A Chinese court in the country's southern Guandong province sentenced a Canadian national to death on drugs charges on Friday.

Ye Jianhui was found guilty of trafficking and manufacturing drugs and would have all his assets seized, the Foshan Intermediate People's Court said in a brief statement.

Ye is the second Canadian national to be handed the punishment by a Chinese court in two days, and the fourth in recent years.

Relations between the two countries nosedived after the arrest of Huawei executive Meng Wanzhou at Vancouver's airport at the request of the US in late 2018.

The rest of the group were also sentenced on Friday. One further group member received the death sentence, while the others were given lesser sentences.

China, like many Asian nations, routinely hands out harsh punishments for making and selling drugs.

China "is a country under the rule of law and relevant judicial organs handled the case independently in strict accordance with the law," Chinese foreign ministry spokesperson Wang Wenbin said, commenting on Ye's sentencing.

Wang added that the detention of Huawei's Meng detention was a "serious political incident" and again called for her release.

Ye's death sentence followed a day after a court in the provincial capital Guangzhou handed the death penalty to Canadian national Xu Weihong. He was charged with producing the recreational dissociative drug ketamine.

Wenbin stressed following this sentencing that the case had no link with wider Chinese-Canadian relations.

Convicted Canadian drug smuggler Robert Schellenberg was also sentenced to death in a sudden retrial shortly after Meng's arrest. A Canadian citizen identified as Fan Wei was given the death penalty in April 2019 for his role in a multinational drug smuggling case.

Ex-diplomat Michael Kovrig and businessman Michael Spavor were arrested for alleged espionage in 2018 after Canada detained a Huawei executive. They stand accused of "leaking state secrets."