China faces a "graver and more complicated environment" with risks that "are greater in number and size," the National People's Congress has been told by Premier Li Keqiang. Spending on the military is being increased. 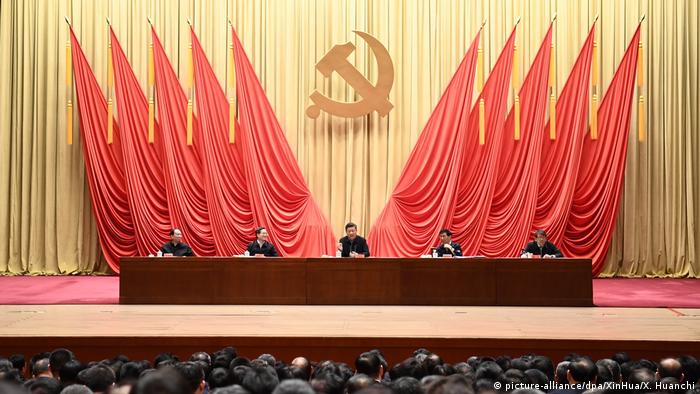 China faces a "graver and more complicated environment" with risks that "are greater in number and size," Li said before 3,000-plus delegates at the two-week gathering of the National People's Congress.

In his speech, Li set the targets for the country's economic growth to between 6 and 6.5 percent in 2019. This would mark 2019 as the worst year of growth in the last three decades, behind 2018 with 6.6 percent. Even with the projected slump, however, China would remain one of the fastest-growing economies in the world. 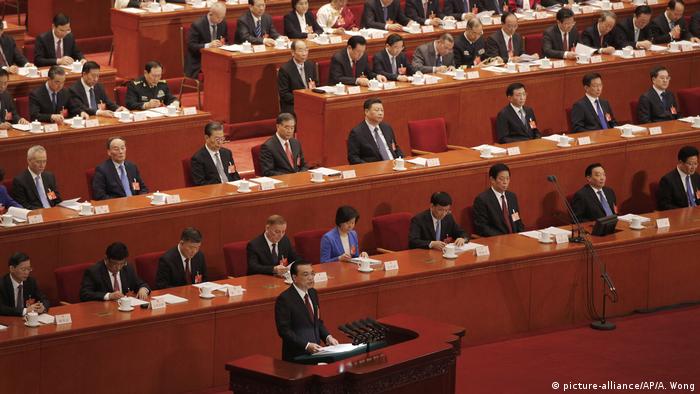 China's economy is bogged down by rising government debt. With the projected tax cuts, including VAT dropping three percentage points to 13 percent in manufacturing and other industries, the deficit is also projected to rise from 2.6 to 2.8 percent.

According to Li, China will raise its defense budget by 7.5 percent, coming in below last year's increase of 8.1 percent to nearly $180 billion (€159 billion).

China will cut taxes and boost funding for social programs and education, as well as take other steps to boost its economic growth in 2019, Premier Li Keqiang told the National People's Congress on Tuesday.

Li also pledged that foreign companies would be "treated as equals" with Chinese enterprises in a "fair and impartial market environment."

His comments come against the backdrop of a trade dispute with the US. President Donald Trump has pressured Beijing to cut its trade deficit with Washington, and the row has seen the world's largest economies impose billions of dollars in tariffs on imported goods.