China lets its cash speak in the Balkans | World| Breaking news and perspectives from around the globe | DW | 04.03.2010

China lets its cash speak in the Balkans

As Brussels painstakingly deliberates the merits of aspiring European Union members in the Balkans, Beijing has begun an investment offensive in the region. But is China’s money talking economics or politics? 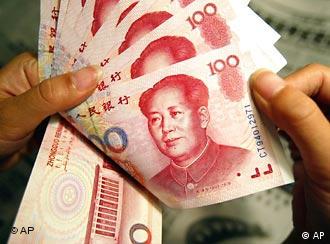 What is the price of Chinese investment in south-eastern Europe?

Last year, Presidents Hu Jintao of China and Boris Tadic of Serbia cemented their bilateral relations and traditional friendship with a strategic partnership. Besides reaffirming their mutual respect for one another's sovereignty and territorial integrity, pledging broader, stronger and deeper ties, the two republics firmly stated their aim to promote economic cooperation and trade.

A document resulting from their partnership agreement said the two sides had expressed a readiness to “ensure continuous and steady growth of bilateral trade and gradually improve the balance of bilateral trade through development in accordance with the principle of equality, mutual benefit, reciprocity and win-win result.”

A few months down the line the Export Import Bank of China (China Eximbank) has granted Belgrade a billion euro ($1.3 billion) loan to upgrade two power plants and build a much-needed bridge over the beautiful blue Danube. 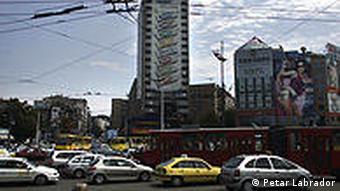 The bridge project, which is due to get underway in the spring, is critical both as a means of easing the traffic situation in Belgrade, and as a test of how well China can work with its south-eastern European partner.

An official from the cabinet of Serbia's National Investment Plan (NIP), who preferred not to be named, told Deutsche Welle that continued Chinese presence in the region hinges on the success of the bridge scheme.

"There are a lot of projects we would like the Chinese to do," he said. "But they want to see how it turns out first."

What's good for one…

And Serbia is not the only country in the Balkans which embraces the idea of a free-flowing yuan. Dusan Reljic from the EU External Relations division of the German Institute for International and Security Affairs, told Deutsche Welle that Chinese presence is gathering momentum right across the region.

"The Chinese are in Slovenia, in Macedonia, they're exporting buses to Skopje, they're talking to Croatia about transport facilities, harbors, airports, railway connections," he said "and they've been talking to the Greeks about leasing possibilities in Athens harbor."

Analysts have described China's arrival in the Balkans as an effort to get into Europe through the back door. But Kerry Brown of the Asia Program at London's Chatham House, disputes the need for sneaking in through the rear when the "front door is wide open." Citing telecommunications and automotive high-tech retail industries as examples, he told Deutsche Welle that Chinese investors are already in Europe. 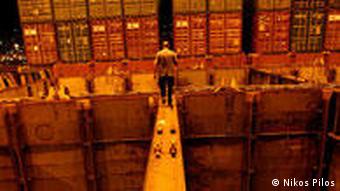 Dusan Reljic agrees, but says taking the direct route to greater EU presence would be more costly for China than investing in territories poised to join within the next 10 to 15 years. "It's cheaper to buy assets there [southern-eastern Europe] than within the present European Union," the expert said.

A cheap ride for China, but what's in it for the conduit countries like Serbia? "A good deal," says Reljic. With very little direct foreign investment coming into the region, tight government budgets and unemployment rates on the rise again, he says Balkan states need and welcome China's money, which comes with grace periods, generously low interest rates and very few strings attached.

"The Chinese do not attach economic or political conditions to their loans," Reljic said. "In a way, cheap Chinese money is an alternative to commercially expensive Western money or politically expensive money from the International Monetary Fund or the World Bank."

The politics of economics

But money is not the only factor at play. Reljic says Beijing's activities in the Balkans are as much about political positioning as they are about financial returns.

"This increased presence is also a signal to the US and the West that China is no longer a peripheral world power, but it is the world power and it is engaging in all political developments throughout the world with its own agenda." 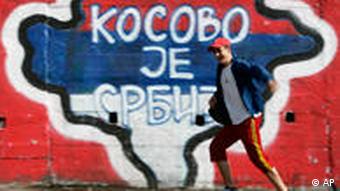 "Kosovo is Serbia" graffiti is testimony to Kosovo's disputed independence

An example of that agenda is Beijing's vehement opposition to Kosovo's independence. China recently spoke out against Kosovo's split from Serbia at the International Court of Justice in the Hague.

Yet many analysts would say such public displays of support have less to do with China's concern over stability in the Balkans region than with a concern that its own minority groups might follow Kosovo's lead towards independence. And that, says Kerry Brown is "absolutely not what they want."

So what do they want? "China wants to remake the world and is disappointed that the world won't comply." Brown said. "It is guided by self-interest and is happy to abuse friendships."

He says China, which has itself stated its national aim of becoming a strong and wealthy country, is often hard for foreign partners to understand, which is why smaller countries like those in the Balkans should be aware of what they want from a partnership with Beijing.

"If countries say yes to everything, they have the complication of becoming a tributary state of China."

But the NIP official told Deutsche Welle such problems would not arise between Belgrade and Beijing. "According to domestic law, we are obliged to hire third-party supervision," he said. "The Chinese will not be given free reign to do whatever they want, no matter who they are dealing with."

China to hold summit with African nations in Egypt

China's Premier Wen Jiabao is on his way to Egypt to attend a summit with African leaders. The Forum on China-Africa Cooperation begins on Sunday in Sharm el-Sheikh. It is the fourth meeting of its kind. These summits are held every three years, and the last took place in Beijing in 2006. (06.11.2009)

Close relationship between China and Iran

The five permanent members of the United Nations Security Council agree that Iran should not be allowed to develop nuclear weapons. The West is ready to impose strict sanctions but Russia and China disagree. They want to use diplomacy. China, which holds the rotating presidency in January, is a strong supporter of the regime in Tehran. However, Chinese dissidents are showing their support of the opposition movement on the Internet. (11.01.2010)