Amid a growing rift with the United States, China has announced a sanctions regime Beijing says will "protect the interests" of Chinese companies from "unreliable" foreign firms. 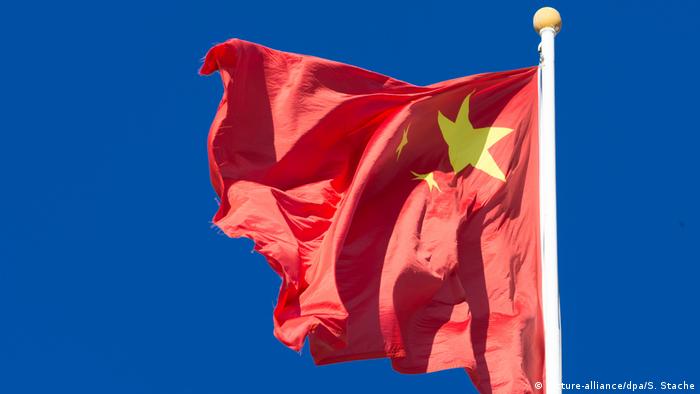 Chinese regulators on Saturday introduced a sanctions regime targeting foreign companies operating in China, in a long-anticipated move seen as reciprocation for US policy targeting Chinese firms like Huawei.

China's Ministry of Commerce said the "unreliable entities list" will contain foreign companies that Beijing says "harm China's national sovereignty, security, and development interests" or violate "internationally accepted economic and trade rules." The list of firms has not yet been published.

Any firm suspected of violating the provisions will be investigated by China's cabinet, the State Council, and will have the opportunity to defend itself in front of Chinese investigators.

Read more: Opinion: Europe will not follow the US 'China-free' 5G strategy

Similar to US policy, Chinese firms that depend on business with blacklisted companies are allowed to apply for exemptions for any ban preventing cooperation.

The terminology used by China's Ministry of Commerce to justify the sanctions regime is also similar to that used by US regulators in limiting the operations of Chinese companies in the US.

The ministry said the list will "maintain a fair and free internationaleconomic and trade order, and protect the legitimate rights and interests of Chinese enterprises,other organizations or individuals."

Last year, US President Donald Trump's administration introduced an "entity list" to bar Chinese tech giant Huawei from the US market due to national security concerns.  Huawei was placed on a trade blacklist and limited from doing business with US companies providing essential technical gear.

After Washington's move against Huawei, Beijing promised to create its own list of companies that harmed China's national interests.

The announcement of the entity list comes one day after the US said it would ban Chinese owned social media apps TikTok and WeChat from US app stores and bar the apps from using essential internet services.

The US claims Huawei and TikTok provide data to Chinese intelligence services and therefore pose a threat to national security.