China has toned down any reference to its MIC25 plan of seeking global technological supremacy in a number of core industries. But a new Merics study points out the Asian giant hasn't moved an inch away from its quest. 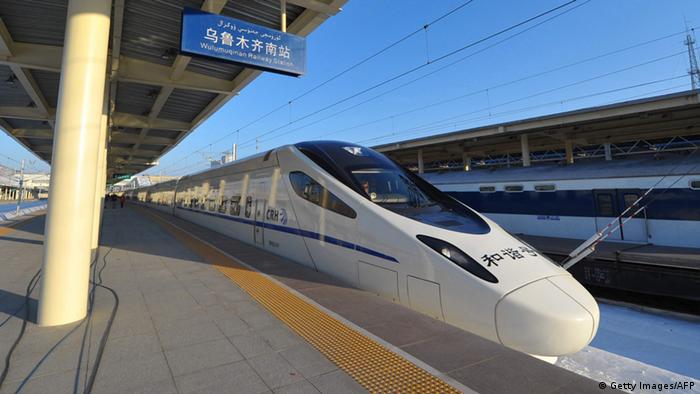 As little as four years ago, the Chinese government called into being a plan to turn itself into a tech superpower by 2049, the very year the nation will mark the 100th anniversary of the People's Republic of China.

In six years from now, the world's second-largest economy already aims to be among the world leaders in a number of sectors, with a set of ambitious goals laid down in state leader Xi Jinping's Made in China 2005 (MIC25) signature project.

A fresh study by the Berlin-based Mercator Institute for China Studies (Merics) points out that while Western criticism of the nation's quest for technological supremacy has toned down reference to the project, its objective hasn't changed a bit.

Never out of sight

The current US-China trade spat may have an impact on how quickly interim goals can be reached, but Beijing isn't losing sight of the big picture, the study suggests, citing continued massive financing and subsidies in the hundreds of billions of US dollars to back China's long-term industrial policy.

Merics's "Evolving Made in China 2025" report emphasizes that for China's leadership "there's no alternative to substantially upgrading its industrial and economic base," adding that the nation "has to keep growth levels above 6% until 2021 to fulfill its promise of prosperity and maintain its legitimacy." 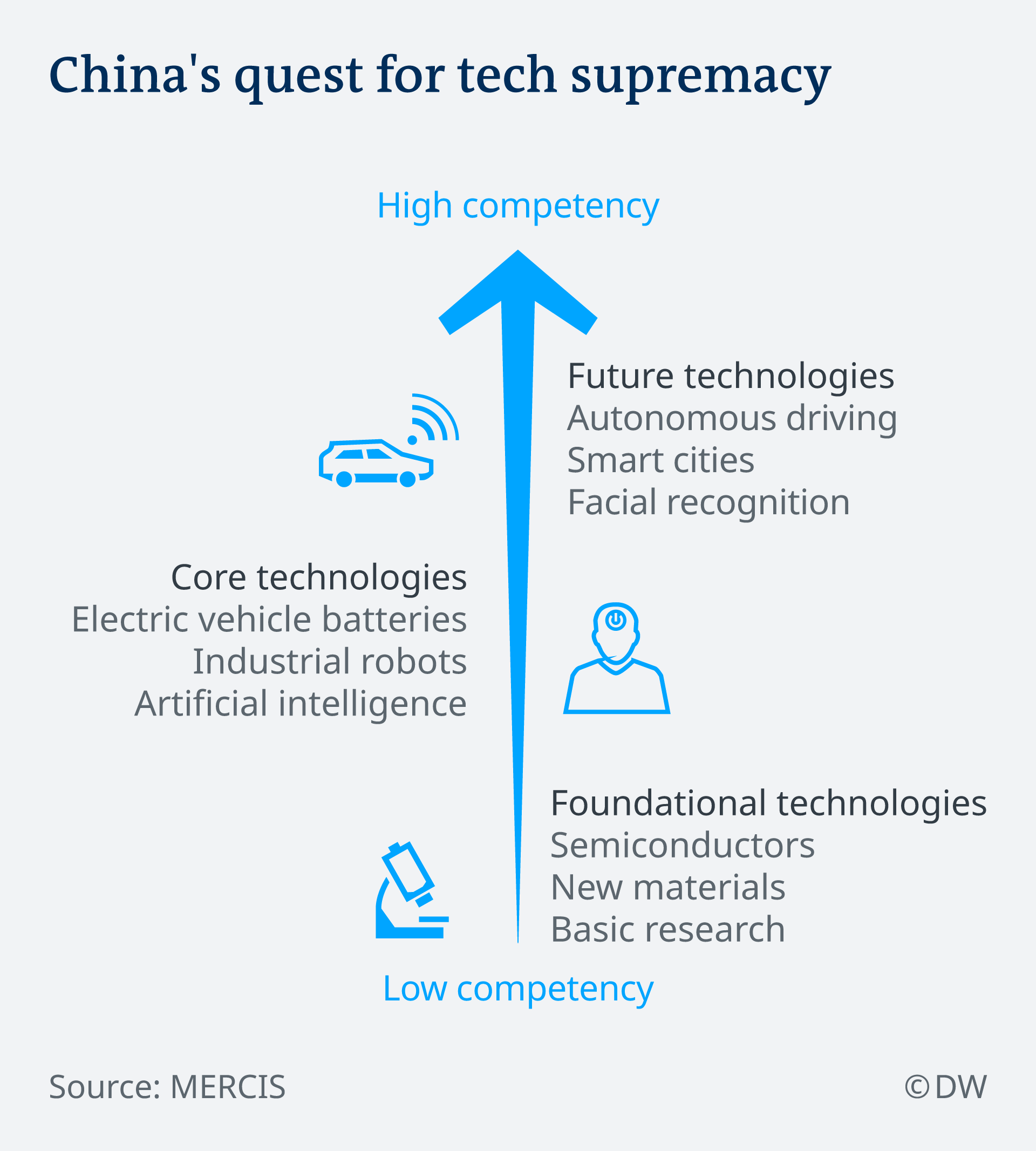 Since 2015, when the program was launched, not everything has been plain sailing as several planning mistakes resulted in overcapacities and funds were allocated inefficiently, the report says. Nevertheless, it argues, there's no denying the big strides the country has made.

China seems well on its way to reaching a 90% market share for new energy vehicles (NEVs) and an 80% share for IT products for vehicles by 2025. It's also been working hard on developing high quality brands of its own.

Will Huawei get its way?

On top of that, "China has forged ahead in fields such as new-generation IT, with companies like Huawei and ZTE set to eventually gain global dominance in the rollout of 5G networks despite current Western security concerns. It's already a leader in high-speed railways and ultrahigh- voltage electricity transmission technology.

Merics says that whatever the nation tackles, it aims to move more sophisticated parts of the value chain into China, modeling itself on South Korea's, Taiwan's and Singapore's economic policies.

Beijing is aware of some choke points, though. Perhaps the major bottleneck it's facing is the country's dependency on foreign core components for high-tech products.

Eliminating this weakness has been high on the agenda of leaders there. Merics notes the nation spent around $300 billion (€265 billion) on research and development last year, or 2.2% of gross domestic product (GDP). Percentagewise, that's more than EU spending standing at 2.1% of GDP. 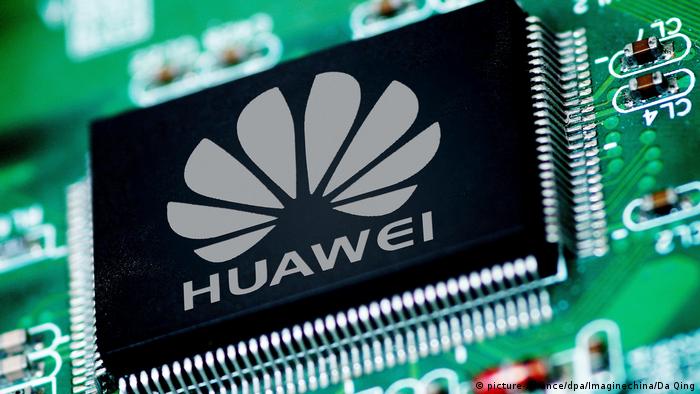 Huawei has been under increasing pressure from Western nations, which believe that the company's software may allow spying activities

"The Chinese, not only the central government, but also regional authorities, really invest a lot in research and development," the chief economist at asset management group DWS, Xueming Song, told DW. "At the moment, the country has the highest R & D investment growth rate globally."

Merics agrees that foreign companies can currently benefit from China's tech drive. But it warns that policymakers and firms in the West "should look beyond short-term business opportunities and take more systemic effects into account" as China's policy will effect other nation's competitiveness even more in the future.

The report singles out Germany as "an exemplary willing partner" in China's innovation offensive, saying that Germany is a nation whose economic base could be eroded by Beijing's ambition in the long run. Germany's Fraunhofer Society, the Max Planck Institute and the Helmholtz Association of German Research Centers are mentioned as key actors in research collaboration with China.

"So far, there has been little discussion over who profits most from this intense cooperation," the study notes. "But many German actors seem to neglect the risk of unwanted technology and know-how transfers in fields crucial for the advancement of their own industries."

Trade spat not really about trade

The Trump administration has eased some trade restrictions on Huawei, allowing the Chinese tech giant to continue doing business with US firms for another 90 days. Huawei's founder has warned conflict is "inevitable." (21.05.2019)