The Trump administration has eased some trade restrictions on Huawei, allowing the Chinese tech giant to continue doing business with US firms for another 90 days. Huawei's founder has warned conflict is "inevitable." 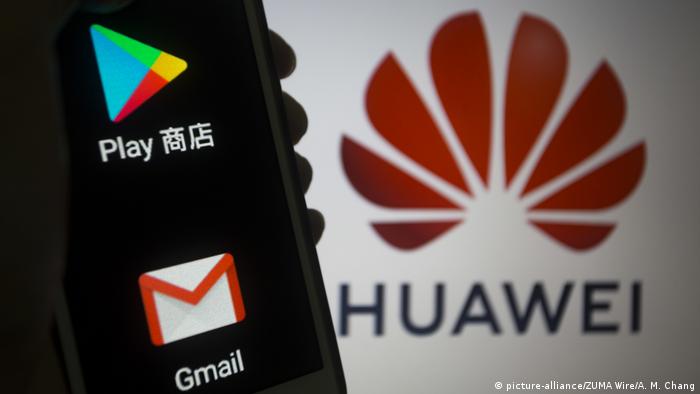 US officials on Monday granted a temporary license that will allow Huawei to continue doing business with American firms for the next 90 days.

The new authorization is intended to give telecommunications operators that rely on Huawei equipment time to make other arrangements, US Secretary of Commerce Wilbur Ross said in a statement.

However, a Commerce Department filing says the delay does not change the ban imposed by President Donald Trump on national security grounds, an action with major implications for US and Chinese technology firms.

The company is still prohibited from buying American parts and components to manufacture new products without license approvals that likely will be denied.

The reprieve comes after Google said on Sunday that it was pulling Huawei's license to use its mobile phone operating system Android.

Huawei founder and CEO Ren Zhengfei, however, struck a defiant tone on Tuesday, saying "the current practice of US politicians underestimates our strength."

"Huawei's 5G will absolutely not be affected. In terms of 5G technologies, others won't be able to catch up with Huawei in two or three years," he told Chinese media.

The Huawei confrontation has been building for years, as the company has emerged as a pioneer of next-generation 5G mobile technology. Washington sees Huawei's rise as emblematic of China's drive to wrest global technological and economic leadership from the United States.

Last week, the US Commerce Department added Huawei and 68 entities to an export blacklist that makes it nearly impossible for the Chinese company to purchase goods made in the United States.