The former head of Interpol had admitted to accepting over $2 million in bribes. Meng disappeared last year while on a trip to China and was later arrested and expelled from the Communist Party. 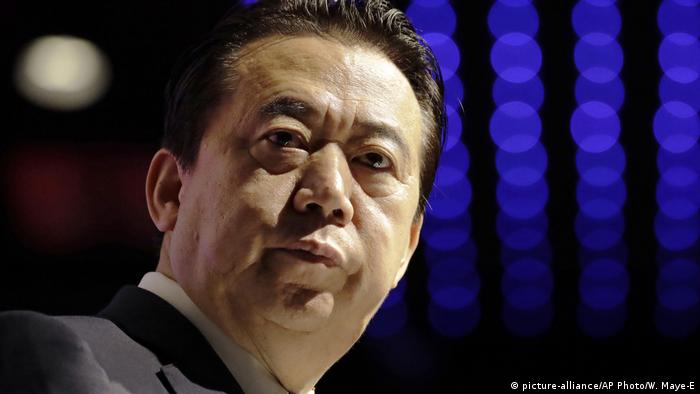 A court in China sentenced former Interpol chief Meng Hongwei to 13 years and 6 months in prison over bribery charges on Tuesday.

Along with the jail sentence, Meng was also ordered to pay 2 million yuan RMB (€260,000; $290,000), a statement from the Tianjin First Intermediate People's Court said.

Meng disappeared last September during a visit to China from France, where Interpol is based. He was arrested on bribery charges and expelled from the Communist Party.

His wife was granted asylum in France in January. She claims the charges against Meng are politically motivated.

Over 1 million officials in China have been convicted as part of an anti-graft campaign in the six years since President Xi Jinping came into office.

Beijing says the campaign is meant to stamp out criminal activity, but analysts claim it is also being used to remove political rivals.