French police are investigating the apparent disappearance of the head of Interpol, Meng Hongwei. His wife reported him missing after a trip to China in late September. 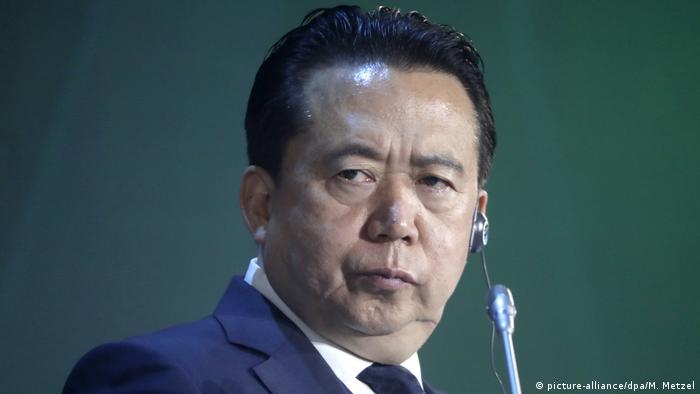 French authorities have opened an investigation into the whereabouts of the head of Interpol, police sources told several news outlets on Friday.

Meng Hongwei, a Chinese national who was elected head of Interpol in 2016, traveled to China at the end of September and has not been heard from since, his wife told police.

Interpol told DW it was "aware of media reports in connection with the alleged disappearance of Interpol President Meng Hongwei."

"This is a matter for the relevant authorities in both France and China," it said in a statement, but stressed day-to-day operations were run by the secretary general Jürgen Stock of Germany, not the president.

The French interior ministry said it was concerned about unspecified "threats" received by Meng's wife. The ministry added that Meng's family has not heard from him since September 25 and not September 29 as was earlier reported by police sources.

"Exchanges with Chinese authorities continue," the ministry said in a statement. "France is puzzled about the situation of Interpol's president and concerned about the threats made to his wife."

Hong Kong newspaper South China Morning Post reported that the 64-year-old had been "taken away" for questioning by Chinese authorities "as soon as he landed in China" last week, citing an anonymous source. It reported that it was not clear why he was being investigated or where he was being held.

Interpol's headquarters are in Lyon, in central France.

At the time, human rights organizations such as Amnesty International expressed concerns that Beijing could use Interpol to arrest dissidents and refugees abroad.

Meng has also served as vice chairman of the national narcotics control commission and director of the National Counter-Terrorism Office for China.