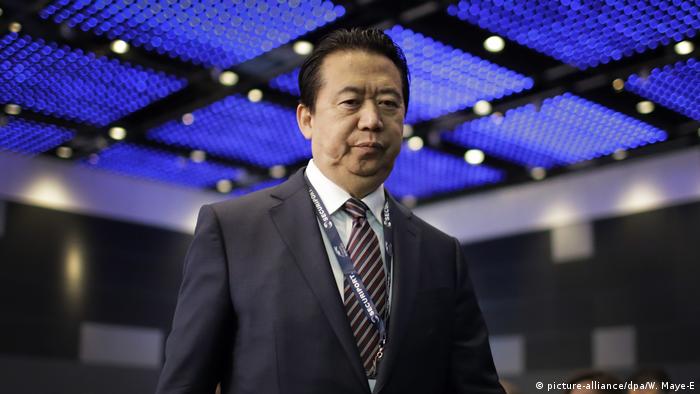 China prosecuted former Interpol President Meng Hongwei from the Communist Party and removed him from his public office positions, the country's graft watchdog said on Wednesday.

Meng is one of a growing group of Chinese officials caught in President Xi Jinping's anti-graft campaign, which critics say is being used as a way to remove political enemies.

The Community Party's disciplinary committee laid out the charges and actions taken against him in a statement, including:

Head of Interpol vanishes: Last fall, Meng disappeared during a visit to China from France. Shortly thereafter, Chinese authorities informed Interpol that he had resigned as president and was accused of taking bribes. He became the first Chinese head of the international police organization after rising through the ranks of China's security apparatus.

Wife appeals for help: Meng's wife Grace has said she fears for her life and her sons' lives following the arrest and is under French police protection. She remains in Lyon, where Interpol's headquarters is located. Last week, she urged French President Emmanuel Macron to discuss her husband's case with Xi during his official visit to Paris.

Anti-graft campaign: Over one millionofficials in China have been convicted under a sweeping anti-graft campaign in the six years since President Xi came into office. While Beijing has said the campaign is a way to stamp out criminal activity, analysts have said it is also being used to remove Xi's political rivals.