Denmark's Jyllands-Posten printed a cartoon of the Chinese flag with virus-like figures in place of the symbolic yellow stars. China is demanding an apology from the paper, which has previously waded into controversy. 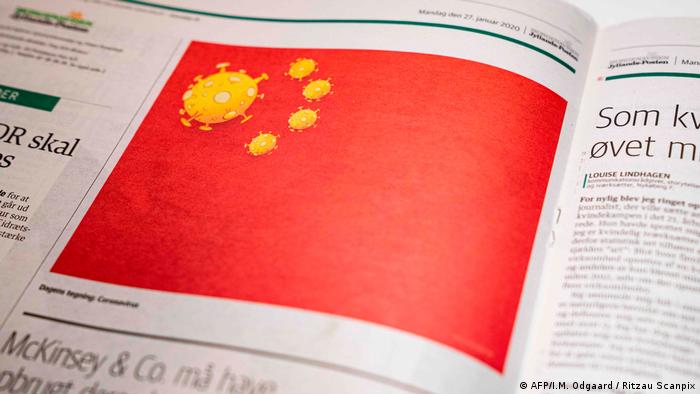 Doctors consider viruses to be "attackers wearing a cloak of invisibility," parasites that invade a weak host to attack its system or sometimes even bring it down entirely. This is why viruses are frightening. In the medical world, viruses are regarded as unpredictable, perfidious, often even invulnerable enemies. Even a country like China seems powerless against such an invisible killer.

Can China not take a joke because the Danish daily Jyllands-Posten has put salt in the wound? A caricature published on Monday shows the five yellow stars of the Chinese flag as cartoon-like little virus creatures. China says the reference to the coronavirus 2019-nCoV, a new virus that emerged in December in the city of Wuhan and has since claimed more than 100 lives, hurts the feelings of the Chinese people. The paper and the illustrators should apologize, according to an official statement issued by the Chinese Embassy in Copenhagen. 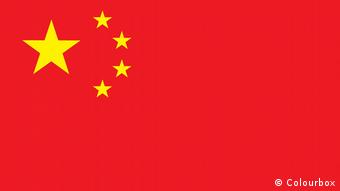 The flag of China was first raised in 1949

The caricature turns not just the virus's human hosts but also the entire country into a patient. The spread of 2019-nCoV thus points out the vulnerability of a potential superpower.

Portrayals of the prophet

Jyllands-Posten has remained calm. The paper previously caused a stir in 2005 when it published twelve cartoons depicting the central prophet of Islam, Mohammad.

Editor-in-chief Jacob Nybroe said the point of the cartoon was not to make fun of China and added that the newspaper is not considering apologizing for something it does not believe is wrong.

"As far as I can see, we are dealing with two different cultural views," Nybroe wrote in the paper. "We have a strong tradition of freedom of expression and caricature in Denmark, and we will continue to have it in the future."

He added he did not feel the cartoon violated Danish law. Cartoonist Niels Bo Bojesen has often made fun of other countries' flags: He gave the Turkish flag a bullet hole and Saudi Arabia's green flag a dollar bill of the same color.

As of Thursday, the paper had maintained its position and not issued an apology. However, it did publish an opinion from Feng Tie, China's ambassador to Denmark, arguing why he believed it was wrong and offensive to publish the cartoon.

The coronavirus-themed cartoon had spread rapidly on the internet shortly after its intial publication, polarizing social networks including Twitter.

German newspapers also printed the cartoon, with mixed reaction. "How insensitive can you be," wrote the below user. "China is fighting the virus, people are dying, people are afraid. And journalists from safe, comfortable Denmark think it is incredibly funny to print this flag."

A worldwide boycott of Danish goods and protests by Muslim organizations — in which more than 100 people died — followed the publication of the Muhammad cartoons in Jyllands-Posten. China, which ranks sixth in terms of Denmark's exports, could hurt the Scandinavian country's economy.

So far, the Chinese have responded by denigrating the Danish flag and circulating images online depicting it with swastikas, sanitary towels and as a coffin.

This user reminded Denmark that it took them only four hours to capitulate in WWII. The Scandinavian country has yet to given in its latest cartoon dispute.

Researchers in China and the US are developing a vaccine for the new Coronavirus. If all goes well, they may run the first tests in three months. A vaccine would be available mid-year — at the very earliest. (28.01.2020)