China accuses US of creating 'imaginary enemy' at high-level talks

Chinese officials said Washington was not qualified to level criticism on human rights during a rare face-to-face meeting in Tianjin. 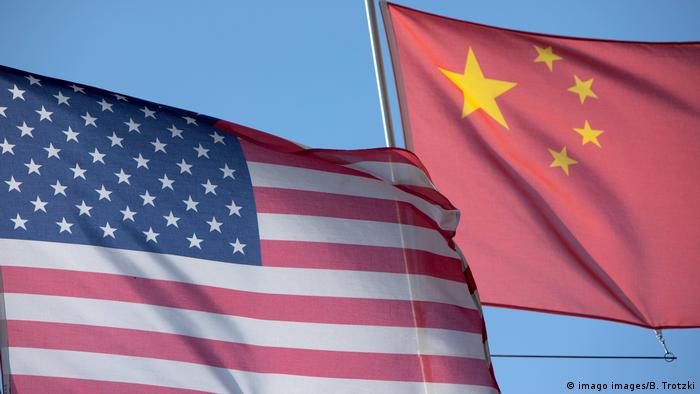 China accused the United States of making an "imaginary enemy" out of Beijing at a high-level meeting in the northeastern port city of Tianjin on Monday.

The talks between US Deputy Secretary of State Wendy Sherman and her Chinese counterpart come amid worsening relations between the world's two largest economies.

The US "wants to reignite the sense of national purpose by establishing China as an 'imaginary enemy,'" Chinese Vice Foreign Minister Xie Feng said at the meeting.

"The hope may be that by demonizing China, the US could somehow [...] blame China for its own structural problems," Xie told Sherman, according to a statement issued by Beijing.

Xie also said the US was responsible for a "stalemate'' in bilateral relations and called for a change in "its highly misguided mindset and dangerous policy.'' He added that Washington was not qualified to level criticism on human rights.

US officials have described the meeting as "healthy" and "professional," but said the talks did not result in any concrete agreements. In a statement, the US said it does not seek conflict with China. 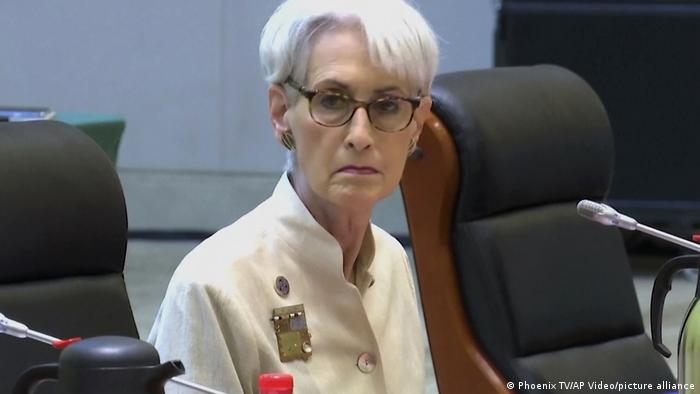 "There are some things that rise above specific differences that are the global responsibility of great powers,'' Sherman told The Associated Press by phone after talks had concluded.

Sherman shared her concerns over China's lack of cooperation with a second phase probe the WHO is conducting into the origins of COVID-19, the statement said. She also raised the cases of several US and Canadian citizens China has detained with Wang.

"Reaching agreement or specific outcomes was not the purpose of today's conversations," a senior US official told Reuters.

Highest-ranking US official in China

Sherman is the highest-ranking US official to visit China since US President Joe Biden took office in January.

She is taking part in talks with Xie, who is in charge of US-China relations, and Foreign Minister Wang Yi. Notably, she will not be visiting Beijing.

Ahead of the visit, US officials had given an overview of the deputy secretary of state's expected position at the meeting. The US said it welcomed competition with China but insisted upon a level playing field and "guardrails" to avoid any potential conflicts.

The US has been critical of China's handling of Hong Kong and raised concerns about its treatment of Uyghur Muslims in Xinjiang. The US Senate has passed a bill to ban imports from the region in China's far west over forced labor concerns.

Potential road to a Biden visit?

The talks ended with Chinese officials railing against the state of US democracy and the US accusing China of stalling progress at the meeting. 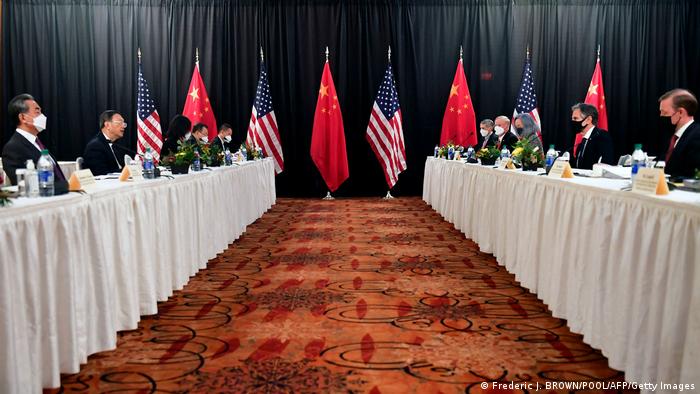 Ties between Washington and Beijing have continued to deteriorate since then, with retaliatory sanctions and diplomatic jabs from both sides.

Sherman's visit is being viewed as a step toward an eventual meeting between Biden and Chinese President Xi Jinping, although senior US officials said such a meeting was not discussed in Tianjin on  Monday.