Beijing has accused Britain of "basking in the faded glory of British colonialism" and reminded the former colonial power of Hong Kong's status. Foreign minister Jeremy Hunt appeared to back down on previous comments. China said its relations with the UK have been damaged after the foreign office threatened "serious consequences" over the reaction to protests in Hong Kong.

Foreign Secretary and candidate for the Conservative party leadership, Jeremy Hunt appeared to back down on his comments when he said on Thursday that he had not backed violent protests in Hong Kong: "Let me be clear what I said. I said that I condemned, and we as the United Kingdom, condemn all violence and that people who supported the pro-democracy demonstrators would have been very dismayed by the scenes they saw," Hunt said during a radio interview.

Hunt said there was no reason why good relations between Britain and China could not continue, and that options should be kept open. He said he expected the letter and spirit of the 1997 UK-China declaration to be honored. 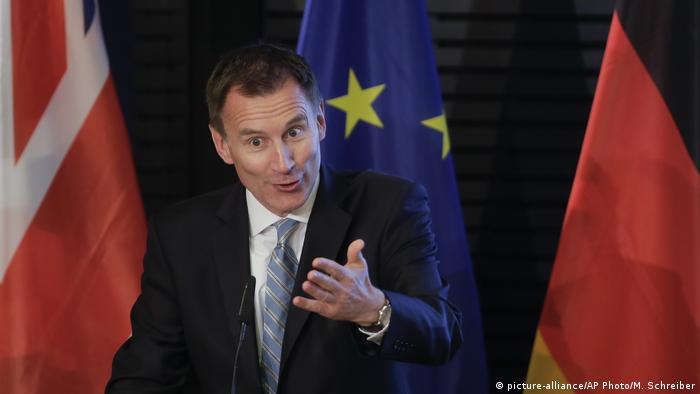 The UK minister's comments came after an unusually blunt rebuff from China, and its ambassador in London. Referring to Hunt's intervention earlier in the week, foreign ministry spokesman Geng Shuang said Hunt: "seems to be fantasising in the faded glory of British colonialism and in the bad habit of gesticulating while looking down on other countries' affairs," before adding: "I need to re-emphasize that Hong Kong has now returned to its motherland."

'Hong Kong is not China'

The UK government has repeatedly pledged support for the hundreds of thousands of protestors in Hong Kong, who have staged mass demonstrations in recent weeks to express their anger with their pro-Beijing government.

Demonstrators and the UK have accused China of violating the "one country, two systems" principle it promised to uphold when the UK handed over the territory to China in 1997, saying the city's pro-Beijing government is becoming increasingly authoritarian and beholden to Beijing.

On Monday, the situation between protestors and police grew so strained that demonstrators broke into the Hong Kong legislature, covering the city's emblem in the main chamber with black spray paint.

On Wednesday, police arrested 12 people in connection with the incident. In a statement, police vowed to "resolutely pursue the protesters for their illegal and violent acts at the complex on July 1."