Chileans are ready to draft a new constitution following a landslide vote that saw millions back the idea to replace the current charter, which dates to the military dictatorship. People celebrated across the country. Chileans have voted overwhelmingly to replace their military dictatorship-era constitution in a referendum, the electoral service said on Sunday evening, citing partial results.

With over 99% of the votes counted so far, about 78% had approved the option of a fresh charter to replace one drafted in 1980 under the right-wing dictator Augusto Pinochet.

The results showed that an overwhelming majority of the more than 7.5 million registered votes supported the election of a body of 155 citizens to draft the new constitution, rather than a body with half its members elected citizens and half of lawmakers.

Voter turnout was around 50% of the 14.7 million registered voters, similar to the turnout in the second round of the country's previous presidential election.

Center-right President Sebastian Pinera pledged the referendum in a bid to quell mass protests that broke out in 2019 against the country's neoliberal economic policies.

More than 14 million people, both at home and abroad, were eligible to vote in the referendum. It was widely seen as the most important vote in Chile since the return to democracy in 1990.

The poll was set for April this year but was postponed due to the coronavirus pandemic.

"Citizens and democracy have triumphed," Chile's Pinera said, following the early results. "This plebiscite is not the end, it is the beginning of a path that we must all walk together to agree on a new constitution for Chile," he added.

"Until now, the constitution has divided us. From today we must all work together so that the new constitution is the great framework of unity, stability and future." 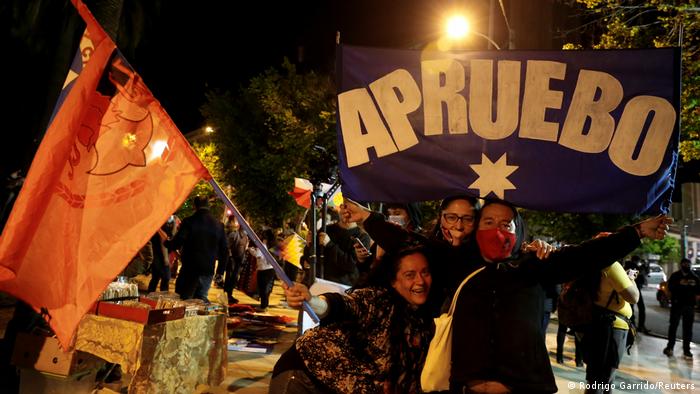 Chileans celebrated the early results across the country

The result set off wild celebrations in the capital and other cities across the country.

Thousands of people flocked onto the streets of Santiago amid horn-blaring to celebrate victory for the "Approve" campaign within minutes of the polls closing. Scenes from Plaza Italia in the capital, shared in a tweet from the AFP news agency, contrasted with those of the previous week's protests.

"I never imagined that us Chileans would be capable of uniting for such a change!" said a Maria Isabel Nunez, 46, as she walked in the crowd hand-in-hand with her 20-year-old daughter.

Read more: Protesters rally in Chile ahead of landmark referendum 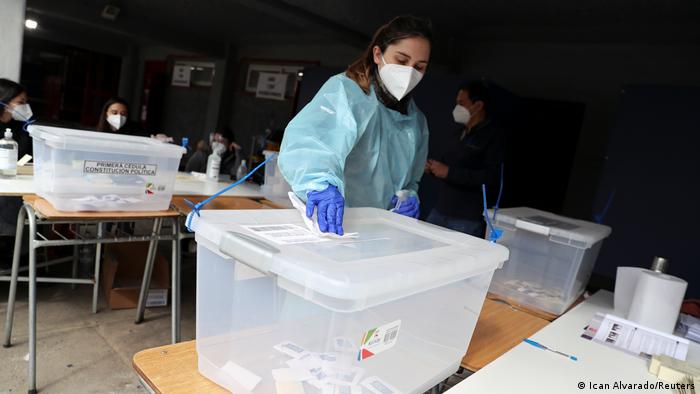 What's wrong with the current constitution?

Many Chileans see the current constitution as deeply flawed. It lacks fundamental social rights, particularly for Indigenous peoples. It was also created to limit state intervention to a minimum and privatized the social welfare system, said political scientist Gabriel Negretto, a former adviser to the United Nations.

Once the result has been officially confirmed — showing that Chileans want a new constitution — then the constituent assembly, the committee that will draw up the document, will have to be elected. This is set to take place in April 2021.

Its members would then have a year to draft the new constitution that would be submitted to voters in 2022.