Chile protests: 'It's about 30 years of abuse of power'

Protests in Chile continue even after President Sebastian Pinera appointed a new cabinet and announced social reforms. But he won't budge on the protesters' main demand. 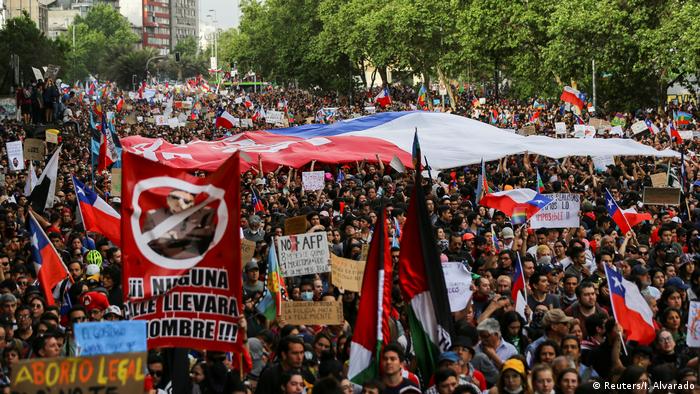 "Fuera Pinera!" ("Out with Pinera!"), shout the people on the streets of Santiago de Chile as they approach the La Moneda government palace, beating pots and drums.

Their demands are clear: they want the president to resign. A cloud of smoke lies over the city. The air smells of burnt plastic. Barricades, a fast-food restaurant and several subway stations have gone up in flames across the city. More than a week after the outbreak of mass protests against social inequality in the country, the people are making their anger known once again. "We are fed up with the abuse of power by the government. One percent of our society has the most money and therefore the most power," says Ariela Contreras, a 30-year-old art teacher. She holds up a sign that reads, "We can't return to normality, we haven't achieved anything yet." 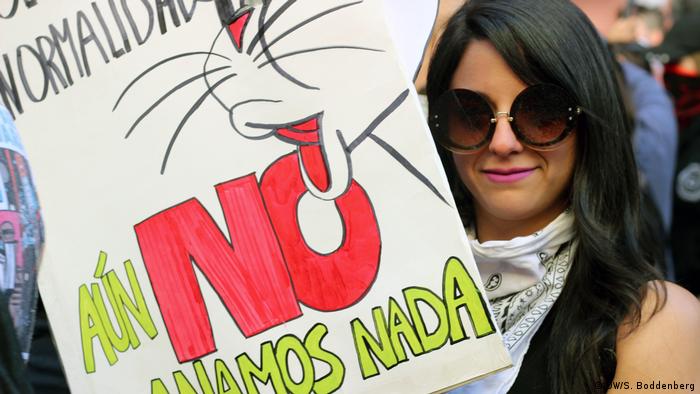 Ariela Contreras is protesting against "30 years of abuse of power"

"The reforms the government is proposing are superficial and do not solve the deeper problems — it is not about 30 pesos, it is about 30 years of abuse of power," she says.

From the subway to the street

The demonstrations in Chile started more than two weeks ago when the subway fare was increased by 30 pesos. Students protested by collectively not paying the fare. The protests moved from the subway to the streets and turned into a revolt against social inequality as well as the neoliberal economic policies of all of Chile's governments since the end of Augusto Pinochet's military dictatorship (1973-1990). During his era, the foundations were laid for a neoliberal economy. The constitution adopted back then is still valid today. The education, pension and health systems, as well as the electricity and water supply, have been largely privatized, but often enough, the situation in public institutions is problematic.

"In Chile's public hospitals, medicine is scarce, operations have been cancelled because there are not enough financial means," says Ricardo Caceres, a surgeon in a public hospital in Chile's capital Santiago. "Money that should actually be invested in the public health system flows into the private sector," says the 31-year-old doctor, who joined the protests. The public hospitals often don't have enough beds, he adds, so many patients have to sit on chairs. "The most urgent problem is the gap between rich and poor," Caceres says. "There is so much injustice in Chile. The situation had to explode at some point."

Police violence gets out of hand

The protests have spread across the country. President Sebastian Pinera imposed a state of emergency and a curfew. He sent about 10,000 soldiers out onto the streets in armored vehicles. No government has taken such measures since the end of the military dictatorship. Although the state of emergency has now been lifted, the police are still taking violent action against the demonstrators. Twenty people have died, more than 1,000 were injured and more than 3,500 arrested since the protests started. "Pinera extinguished the fire with gasoline," says Gianina Araya, a protester in Chile's capital. "No one will forgive him for that."

"Many people have already been killed and tortured," she says, adding that it makes her angry that "the government doesn't care."

The National Institute for Human Rights has registered almost 100 cases of torture and sexual abuse. The case of a 23-year-old man who was arrested, stripped, beaten and sexually abused by police officers with a baton caused an outcry. More than 15 women who have been sexually abused or raped by police officers or soldiers have turned to the Association of Feminist Lawyers (ABOFEM). "They are adult and minor women who were arrested during the protests or after the curfew. They were undressed, abused with the use of weapons and threatened, some even raped," says Natalia Bravo, a lawyer. "We never thought that in times of democracy we would register such cases," she says, adding that what is even worse is the very high number of unreported cases of girls and women "who are ashamed and do not dare to file charges." 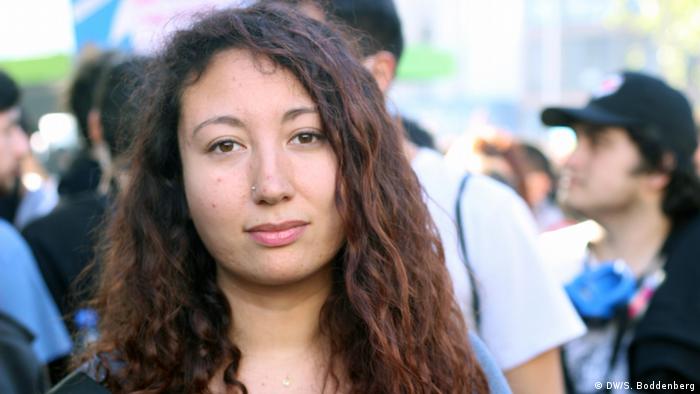 Impeachment on the horizon for Pinera?

Concerning many dead, injured and arrested individuals during the protests, people are increasingly labeling as unconstitutional the Chilean government's actions during the state of emergency. "What we have seen this week is a systematic violation of the rights of all people, whether they protested or not, says Tomas Ramirez, a lawyer and legal expert at the University of Chile Law School. "The government's actions are unconstitutional. They contradict international human rights treaties."

Members of the opposition want to initiate impeachment proceedings against President Pinera for violating human rights during the state of emergency. The Alliance Frente Amplio and the Partido Comunista have collected 16 signatures from Senate lawmakers, they announced on Monday. Ten signatures are enough to start the impeachment process. However, two-thirds of the Senate's votes would need to vote in favor. The Senate currently has 43 members. A United Nations investigative team is headed to Chile this week to review the human rights situation.

According to a recent survey by the Cadem opinion poll institute, approval for Pinera has fallen to 14%, the lowest rating for a president since Chile's return to democracy. The survey also reveals that 80% of the population considers the government's reform plans inadequate. "Pinera must resign, he must pay for the crimes he has committed," says Contreras. Protests are expected to continue in Chile throughout the week.