Chile's investigations police have declassified a trove of files shedding light on the activities of Nazi agents in the South American country during World War II. One spy ring had plotted to destroy the Panama Canal. 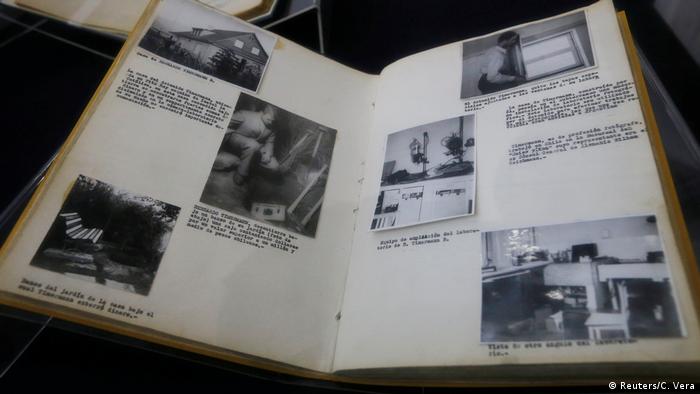 The previously secret files, revealed on Thursday, document an investigation by counterintelligence police that led to the dismantling of Nazi spy rings operating in Chile.

The special police unit responsible, known as Department 50, was created in 1941 after a number of National Socialist groups were discovered in the country. According to the wartime documents, the unit's work led to the arrest of some 40 people and thwarted a planned attack on the Panama Canal.

"If they had prospered in their objectives, it could have changed not only Chile's history, but the history of the whole world," Hector Espinoza, the director general of Chile's investigations police, said at a ceremony to officially hand over the files to the country's national archives.

"I don't think I'm mistaken when I say that the ones who really made history were the members of Department 50," Espinoza said, adding that they had succeeded in breaking up two spy rings that had infiltrated Chile and other Latin American countries.

Nazi eyes and ears in Chile

The thousands of declassified documents showed that Nazi supporters regularly sent intelligence reports to Germany about the routes of Allied merchant vessels. The spies intercepted radio communications between the Chilean navy and then used sophisticated radio equipment and code to send encrypted messages to the Third Reich. Police also uncovered weapons, thousands of dollars in cash and plots to bomb mining sites in northern Chile.

The documents were made public after a group of Chilean deputies filed a petition in January calling for their release.

"Until yesterday, this was a state secret," center-left lawmaker Gabriel Silber, one of the authors of the petition, said after Thursday's ceremony. "Maybe, from today, we are going to recognize an uncomfortable truth that unfortunately some political and business figures in Chile supported the Nazis."

The revelation comes days after a cache of Nazi artifacts was found hidden in a collector's home in neighboringArgentina. Authorities in Buenos Aires discovered 75 relics which they believe are originals that once belonged to high-ranking Nazi officials in Germany.

The Axis powers enjoyed significant support from people in both Chile and Argentina during World War II, a fact that prompted many Nazi officials to flee to South America when the war ended in 1945.

Paul Schaefer, the ex-Nazi corporal who tyranically ruled a Chilean cult community, died Saturday while serving a prison sentence for abusing children and taking part in the torture and murder of political prisioners. (24.04.2010)