Chile is choosing its next president as the country prepares to rewrite its Pinochet-era constitution. Two diametrically opposed politicians are leading the race, which will be decided in the runoff round. 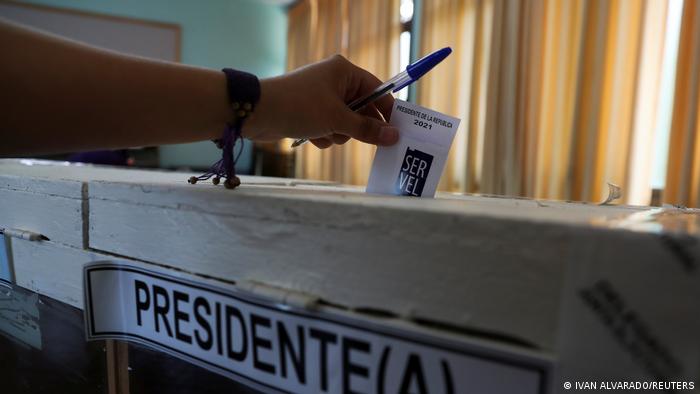 Chile is still reeling from a series of protests

Chileans headed to the polls on Sunday to choose who will take over as president as the country plans to rewrite its dictatorship-era constitution after widespread protests brought the government to its knees two years ago.

Early results showed Antonio Kast and Gabriel Boric leading. With nearly 97% of votes counted, far-right candidate Antonio Kast appears to have won the first round, with 27.94% of the vote. Leftist Boric secured 25.75%.

Kast and Boric look set for competing in a runoff round, which takes place if neither candidate secures the necessary 50%, due to be held on December 19.

"We are going to work to restore peace, order, progress and our liberty," Kast said on Sunday from his election bunker, where the mood was jubilant given his lead in the first round of elections.

"We still have a stretch left to cover. We are going to move forward with everyone, because this is a triumph for all of Chile," Kast added.

Meanwhile, Boric told supporters on Sunday night that they ought to remain "humble and receptive" if they were to win the second round.

He acknowledged the need to broaden his base, adding "hope wins over fear."

While seven candidates are in the race, polls have shown voters turning away from the established political parties and favoring the two diametrically opposed outsiders.

Polling stations were set to close at 6 p.m. local time (2100 GMT), however, long queues in many places meant that some had to stay open longer.

Who are the candidates?

Gabriel Boric, the 35-year-old who emerged as a student-activist-turned-lawmaker, is heading the Approve Dignity coalition that includes progressive, leftist and green parties. 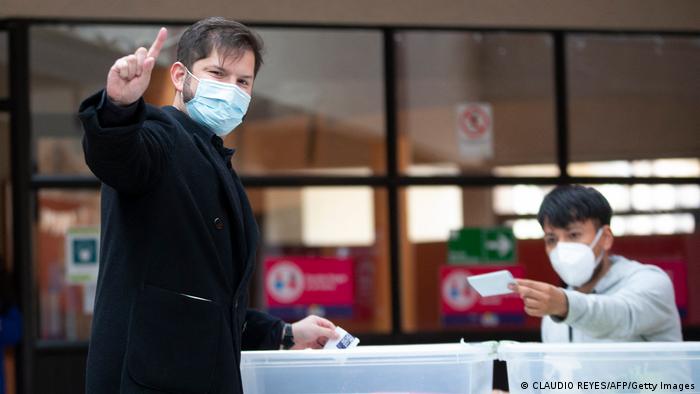 If he wins, Boric would be the youngest modern president

He has promised to tax the super-rich to help pay for social services and protect the environment. He is considered the frontrunner, along with his far-right rival Antonio Kast.

The 55-year-old Kast has stood out with his praise for the brutal dictatorship of Augusto Pinochet that took over Chile in a bloody coup in 1974 and lasted until 1990.

The father of nine has promoted conservative talking points such as "family values" and attacked immigrants, blaming them for crime in the country. 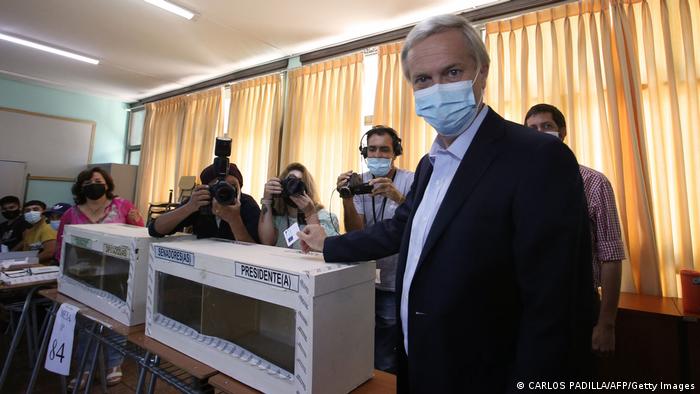 Both have attracted support from around a quarter of voters in pre-election polls. The remaining candidates — Christian Democrat senator Yasna Provoste, far-left professor Eduardo Artes and progressive politician Marco Enriquez-Ominami — have failed to match their popularity.

Why is this election important?

The polling of the two main outsider candidates reflects polarized and anti-establishment tendencies seen in other countries in recent years.

The country is going through a period of major change marked by the rewriting of the constitution. Some 80% of voters supported the move in a referendum seen as a win for the 2019 protest movement.

Chile on its way to a new constitution

Those protests were sparked by an increase in the cost of public transport but grew into a general denunciation of low salaries, poor public services and high inequality. Dozens of people were killed in the street battles with the police.

In May of this year, an independent body was elected to start drafting a new constitution, with left-leaning candidates dominating.

Despite having one of the strongest economies in South America, it has been hit hard by the coronavirus pandemic. Unemployment is on the rise and many are demanding more social aid and subsidies, with many of the Pinochet-era neoliberal policies left mostly untouched for decades.

President Sebastian Pinera, who is not standing for reelection, cast his vote in the morning and called on Chileans to head to the voting booths.

"All opinions matter. Come and vote," he told television cameras. "We are capable of resolving our differences in a peaceful way."