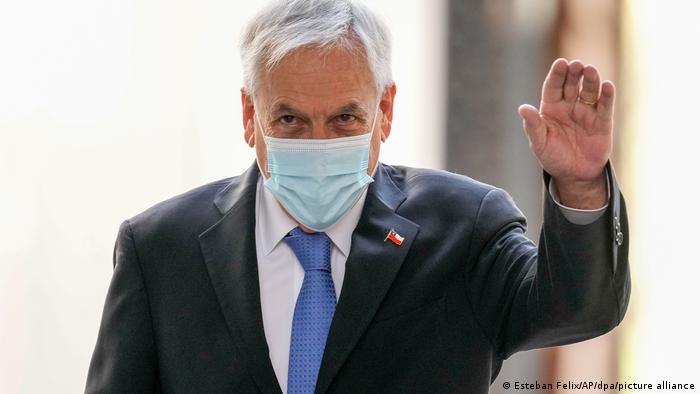 Pinera's involvement in a controversial sale of a mining company was revealed in the Pandora Papers.

The Chilean Senate on Tuesday rejected a proposal to impeach President Sebastian Pinera over alleged irregularities in the sale of a mining company, after the lower house successfully passed the votelast week .

The vote was 24 in favor of impeachment, 18 against and one abstention. At least 29 votes were required for the impeachment to take place.

If impeached, Pinera could have faced up to five years in prison.

Pinera was involved in the controversial sale of a mining company in 2010 when he was serving as president for his first term. It was revealed in the Pandora Papers, which highlighted offshore transactions involving major political figures around the world.

Pinera was linked to the sale of a mining company called Dominga, through a company owned by his children, to businessman Carlos Delano, a close friend of the president, for $152 million (€134 million). The transaction was carried out in the British Virgin Islands, a tax haven.

The opposition said Pinera benefited himself and his family with the sale through information he had in the exercise of his office, and that his involvement pushed up the price.

Applause was heard at the presidential headquarters of the Palacio de La Moneda after it became evident that Pinera would not be facing impeachment, said AFP news agency.

The investigation was opened in October. Pinera said he had "full confidence that the courts, as they have already done, will confirm there were no irregularities and also my total innocence."

The Chamber of Deputies had voted to open impeachment proceedings against him last week. "Acting as president, he benefited (himself) and his family in a direct way, with information that he had in the exercise of his office," opposition lawmaker Jaime Naranjo had said.

This is the second call for impeachment against Pinera, after another unsuccessful attempt in 2019, over his brutal crackdown on protesters.

Pinera ends his term in March next year, and will not be contesting again.

President Sebastian Pinera said he found "it difficult to understand" why the public prosecutor wanted to investigate claims of wrongdoing in the sale of a mining company via a family-owned firm.