Chile's opposition have launched an impeachment bid against President Sebastian Pinera over an allegedly crooked mine deal exposed in the Pandora Papers data leak. 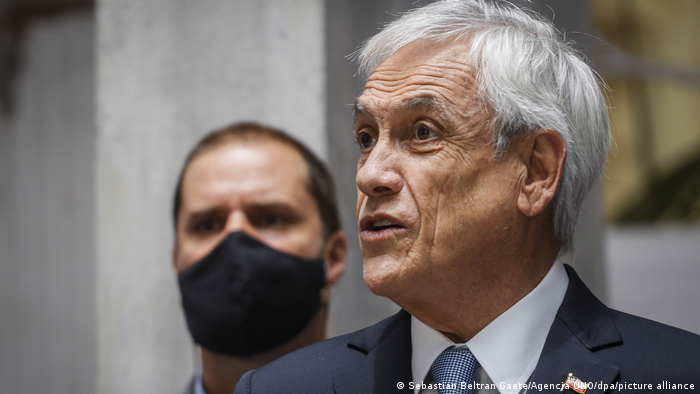 Conservative Chilean President Sebastian Pinera has become one of a number of leading politicians around the world to face a challenge to their power over details from the Pandora Papers leaks.

The opposition on Wednesday launched impeachment proceedings over the controversial sale of a mining company through a firm owned by Pinera's children.

Critics say the 2010 sale, new details of which appeared in the Pandora Papers, was facilitated by a favorable regulatory environment.

Courts had already examined and dismissed the deal as legal in 2017. However, Chile's public prosecutor said this month it would open an investigation into possible bribery-related corruption charges and tax violations connected with the sale.

The controversy comes as Chile gears up for presidential and legislative elections in November that surveys suggest could be won by leftist parties. Pinera, who has been president since 2018 after a previous term in office from 2010 to 2014, is not a candidate.

The Pandora Papers, whose release began just over a week ago, contain leaked documents that The International Consortium of Investigative Journalists says throw light on offshore deals carried out by leading political and business figures from around the world.

President Sebastian Pinera said he found "it difficult to understand" why the public prosecutor wanted to investigate claims of wrongdoing in the sale of a mining company via a family-owned firm.