Chilean President Sebastian Pinera has cited ongoing protests as the reason for cancelling the upcoming international summits. The APEC and COP25 conferences were scheduled to take place in a few weeks' time. 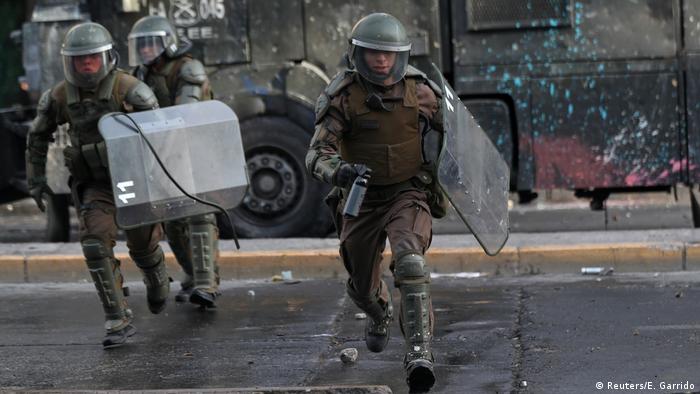 Chilean President Sebastian Pinera announced on Wednesday that his country will no longer host the upcoming Asia-Pacific Economic Cooperation and United Nations Climate Change Conferences in November and December as planned.

Pinera cited ongoing violent protests that have plagued the country for weeks as the reason for the APEC and COP25 summit cancellations.

Addressing reporters, Pinera said, "This has been a very difficult decision, a decision that causes a lot of pain, because we fully understand the importance of APEC and COP25 for Chile and for the world."

The APEC summit, which is a meeting of 21 Pacific Rim countries, was scheduled to welcome leaders such as Chinese President Xi Jinping and US President Donald Trump on November 16-17.

The UN Climate Change Conference COP25 was scheduled to take place from December 2-13. Chile is the second country to cancel as host. Last November, Brazilian President Jair Bolsonaro announced that Brazil would withdraw its offer to host the conference, citing economic reasons.

Speaking on the APEC cancellation, the White House says it was caught off guard by the announcement, adding, "The organization does not currently have a secondary site prepared." Washington had hoped that Presidents Xi and Trump would sign a final trade deal at the conference and say they still "look forward to finalizing phase one of the historic trade deal with China in the same time frame."

The United Nations said it "is currently exploring alternative hosting options" for the COP25 conference.